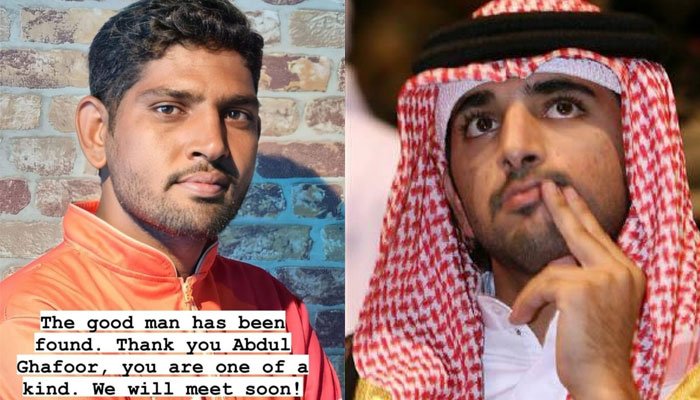 Ghafoor, who is a delivery rider, impressed Sheikh Hamdan with his act of kindness that was posted by someone on social media.

In the viral video, he was seen removing two concrete bricks from busy traffic.

Sheikh Hamdan then posted the video on his own official Twitter account in order to find the Good Samaritan.

“An act of goodness in Dubai to be praised. Can someone point me to this man?” he captioned the video.

“I could not believe my ears,” Ghafoor told Khaleej Times excitedly.

He said that the Crown Prince thanked him for what he had done and vowed to meet him when he was back in the country.

After he found him, he posted on his Instagram and thanked him publicly.

“You are one of a kind. We will meet soon!” his story said.

Ghafoor said that Sheikh Hamdan was a “great leader” and that he was in disbelief that he called him.

India to host MotoGP for first time in 2023