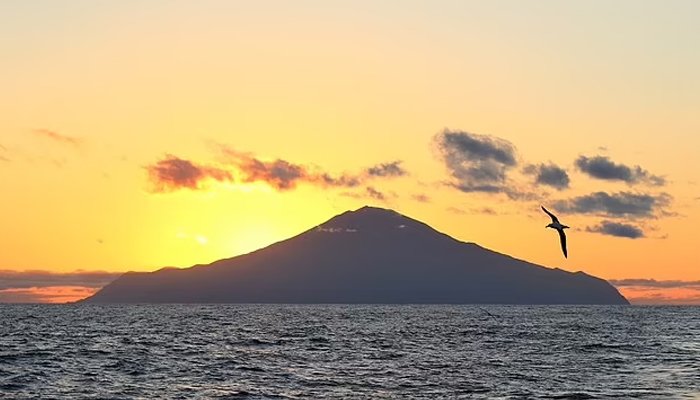 This British island has never reported a COVID case

The United Kingdom was hit-hard by the coronavirus and is entering its fifth COVID-19 wave, but there is a British island that hasn’t seen a single infection case, let alone a full-fledged wave.

For the last two years, according to Mail Online, the 250 residents of Tristan da Cunha — a remote group of volcanic islands in the south Atlantic Ocean — have been living their lives normally, without any restrictions.

“Located 6,140miles away, the British overseas territory is only accessible via a week-long boat ride from Cape Town in South Africa by infrequently passing fishing and research vessels,” the publication reported.

It said that the territory has not seen a single coronavirus infection as the islanders asked boats to return if anyone on the vessel was suspected of being infected.

One of the two joint administrators of Tristan da Cunha, Stephen Townsend, told the publication that the residents were able to mark Christmas and New Year as they usually did.

He added that the island’s population was fearful of COVID reaching their territory due to scarce health facilities and an ageing population.

“We only have a small medical centre on the island. We do not have an ICU or any ventilators,” he said.

The island was able to get vaccines shipped in by the British government, though these had to be more traditional Oxford/AstraZeneca jabs as the mRNA vaccines made by Pfizer and Moderna had to be kept in ultracold temperatures and would not have survived the trip.

The island consists of five families, which amount to 218 individuals, according to the Mail. These individuals are considered the residents of the territory. Additionally, they have 30 expatriates — workers, including doctors and teachers.

The island has prohibited visitors and it has a strict rule of vaccination for returning islanders or workers. Apart from being vaccinated, they are also required to isolate for 10 days in an approved Cape Town hotel and take a PCR test before their departure to Tristan da Cunha.