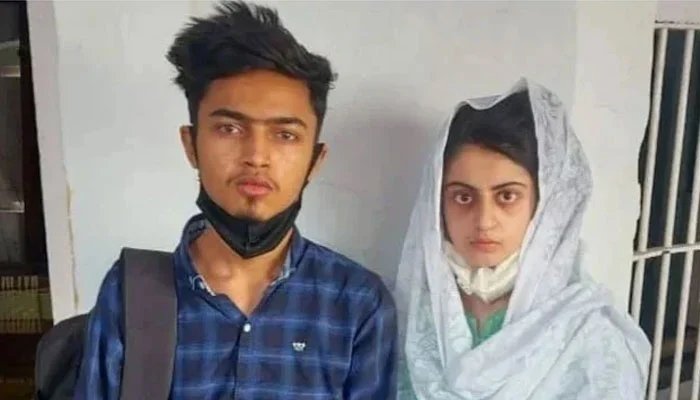 The court sought a supplementary challan on Wednesday from the new investigating officer working on the Dua Zehra case, Daily Jang reported.

Dua had made headlines across the country after she had mysteriously disappeared from Karachi but it was later discovered that she had run away from her home to marry 21-year-old Zaheer Ahmed.

The lawyers of the plaintiff and suspect Zaheer as well as the investigating officer appeared before the court today.

The teenager’s case was heard in the court of judicial magistrate east. During the hearing, the court asked for the challan and adjourned the hearing till August 1.

Earlier, Dua was sent to a shelter home following a court order.

The teenager appeared before a magistrate’s court and claimed that her life was in danger as her parents were threatening her. She also claimed that they used to physically abuse her in the past.