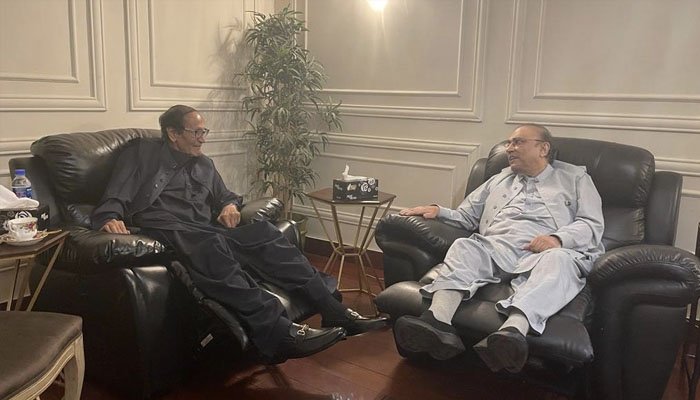 The political temperature in Punjab continued to mount as the clock ticks on the crucial Punjab assembly session for the chief minister’s election, taking place this afternoon.

The News reported, citing sources that the former president had sent a message for a meeting to Pervaiz Elahi and Moonis Elahi. However, they both refused to meet him.

Sources close to Pervaiz Elahi said that the Punjab Assembly speaker had made it clear that he was Imran Khan’s candidate for the Punjab CM elections.

Meanwhile, sources informed about the matter said that Zardari had contacted PML-N supremo Nawaz Sharif and discussed the current political situation ahead of the Punjab CM election.

As per sources, in a telephonic conversation with Nawaz Sharif, the former president suggested making Pervaiz Elahi a joint candidate of PML-N and PML-Q for the Punjab CM’s slot.

However, Interior Minister Rana Sanaullah dispelled the news reports, saying that Pervaiz Elahi would not be the joint candidate of PML-N and PML-Q for the CM Punjab election.

“It is just a rumour, there is nothing true about it. Hamza Shahbaz is the only candidate of PML-N and coalition partner and we are all hopeful of his success,” he said.

PML-N says Nawaz Sharif to return to Pakistan in September