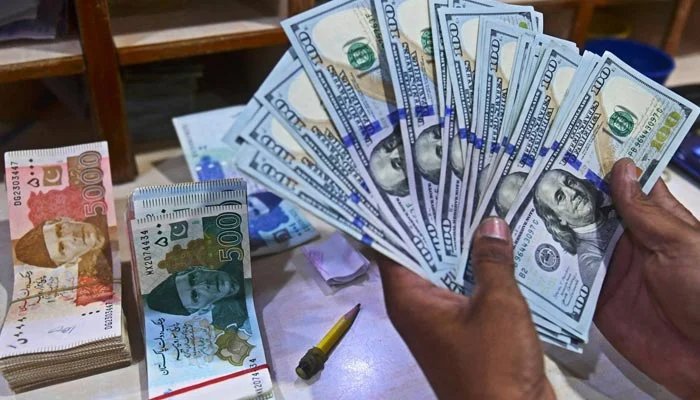 Rupee continues to gain against dollar

The Pakistani rupee continued to gain against the US dollar during intra-day trade after Pakistan received the Memorandum of Economic and Fiscal Policies (MEFP) from the International Monetary Fund (IMF) for the combined seventh and eighth reviews.

The local unit was trading at Rs204 at 2:26pm against the greenback, according to forex.com.pk, and analysts expect the rupee to close in the range of 202-205 tomorrow — when the fiscal year ends.

According to the State Bank of Pakistan (SBP), the local currency gained Rs1.07, or 0.52%, to close at Rs206.87 a day earlier against the US dollar in the interbank market.

Speaking to Geo.tv, Pakistan-Kuwait Investment Company Head of Research Samiullah Tariq said that the local currency recovered because of positive news from the IMF.

“Although the MEFP document received from the IMF has some tough conditions and hints towards further tightening the market is hopeful that the government will accept those conditions after slight negotiations,” he added.

Arif Habib Commodities Managing Director and CEO Ahsan Mehanti, while speaking to Geo.tv, identified three reasons behind the recovery of the rupee against the greenback.

The analyst further added that speculations are in favour of the Pakistani rupee therefore market expects the currency to close FY22 near the 202 level.