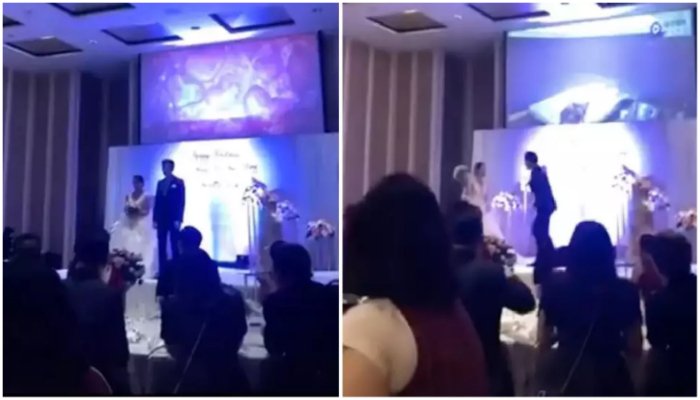 
A wedding came to a dramatic end after the groom played a controversial x-rated video of his bride having an affair with another man in front of all the guests.

The incident, according to Times Now, took place in China, and surprisingly, the man with whom the bride was allegedly having an affair was none other than her brother-in-law.

According to the article, the woman’s sister was pregnant at the time the controversial video was filmed. The guests at the wedding were left in a state of shock and dismay when they saw the video, which was projected on a reception hall wall.

But the bride did not sit quietly or showed any remorse after her alleged affair was exposed. Instead, she “threw her bouquet at the groom.”

Since the incident, the clip of the bizarre wedding ceremony has gone viral, especially after it was shared on the video-sharing app TikTok. An NYPost article, however, claims that the video was not new and dated back to 2019.