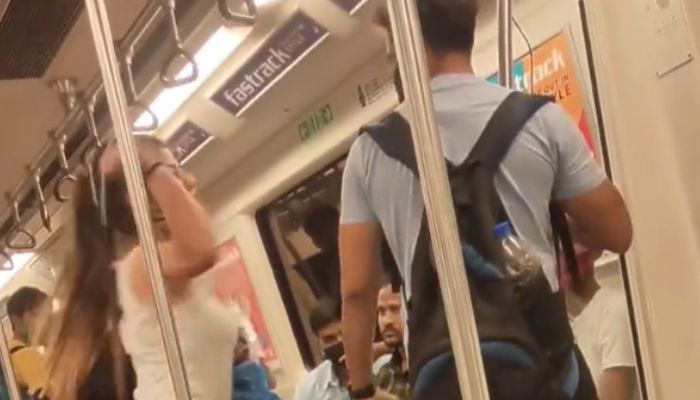 A video from India’s capital, Delhi, has gone viral where a young woman and a man can be seen engaged in a heated argument.

The clip was recorded on Delhi Metro, the local commute in the capital city, reported News 18.

The argument begins when the girl says she purchased a T-shirt for ₹1,000 from the brand Zara. The boy tells the girl that it could not have been for more than ₹150, at which the girl gets angry.

Infuriated, she first punches the boy and then can be seen slapping him multiple times. The boy can be heard reminding her that it was a public place.

Eventually, however, when the girl refuses to stop, the boy slaps her back.

Social media users were quite entertained. The video now has 267,000 views on Twitter and more than 4,600 people have liked it.