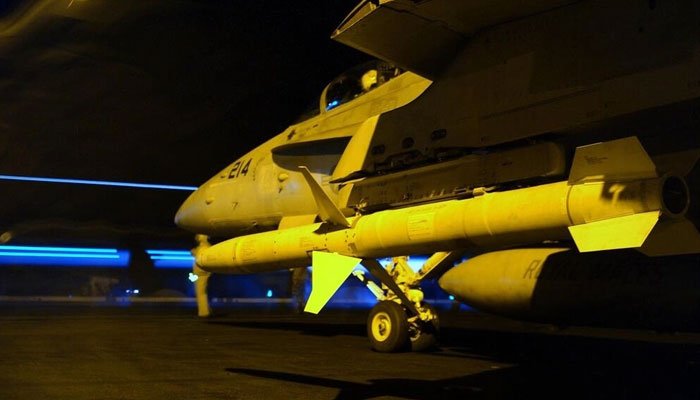 
WASHINGTON: The US Defense Department on Friday announced a new $775 million package of defense equipment and ammunition for Ukraine, including various types of missiles, artillery and mine-clearing systems.

The package includes more precision-guided missiles for the Himars systems that have permitted Ukrainian forces to strike Russian command centers and munitions depots far behind the front lines, and more anti-armour weapons including TOW missiles and Javelin systems.

It also includes Scan Eagle surveillance drones, high-speed anti-radiation (HARM) missiles that hone in on ground-based radar systems, and 105mm howitzers along with 36,000 artillery rounds for them.

“We want to make sure that Ukraine has a steady stream of ammunition to meet its needs, and that´s what we´re doing with this package,” a senior US defense official told reporters.

The official said Ukraine´s forces have made good use of the now 19 packages of arms the United States has provided since Moscow invaded on February 24, helping them blunt the advance of Russian forces.

“You are seeing a complete and total lack of progress by the Russians on the battlefield,” the official said, speaking to reporters on grounds of anonymity.

“You are seeing the Russians still paying a high price with Ukrainian attacks, especially using that Himars system,” the official said.

“They are incurring these costs and not able to advance.”

The official conceded that the Ukrainians themselves have not been able to recapture significant territory along the front lines in the country´s east and south.

But the new package of arms will help fortify them, the official said, noting it was very important to be able to “sustain the successes that we´ve seen from the Ukrainians on the battlefield.”

The official said the addition of mine clearing equipment, which includes 40 mine-resistant vehicles with rollers that can safely explode mines, is to help the Ukrainians with more offensive actions.

“The Ukrainians will need this sort of capability to be able to push their forces forward and retake territory,” the official said.

The air-to-surface missiles hone in on the emissions from radar systems and can be used to attack from 30 miles (50 kilometers) away.