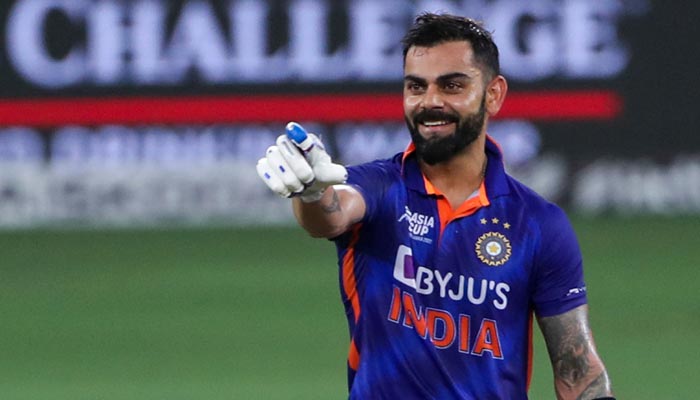 
Virat Kohli hit his first international century since November 2019 with his maiden T20 ton for India as his side piled up 212-2 against Afghanistan at the Asia Cup on Thursday.

The star batsman stood unbeaten on 122 off 61 deliveries with 12 fours and six sixes in Dubai after India were put in to bat in their last Super Four contest after being eliminated from the tournament.

Kohli, 33, hit a four and a six off pace bowler Fareed Ahmad to reach his first India ton in nearly three years — his last hundred coming in a Test against Bangladesh.

The cricket world started celebrating the end of a long wait for a three-figure score from the former captain.

“What a day for Virat Kohli and Indian cricketer,” Indian former cricketer Yusuf Pathan said, expressing his excitement for the star batter.

Taking to his Twitter, Pakistan pacer Hasan Ali said that the “great is back.”

Taking to his Twitter, Pakistan bowler Rumman Raees wrote: “Long wait but worth it. What composed and powerful innings and statement from Virat Kohli.”

Adani hits back at Hindenburg, says it made all disclosures
Fawad Chaudhry to be presented before court after two-day physical remand ends
Israel appears to have been behind drone strike on Iran factory: US official