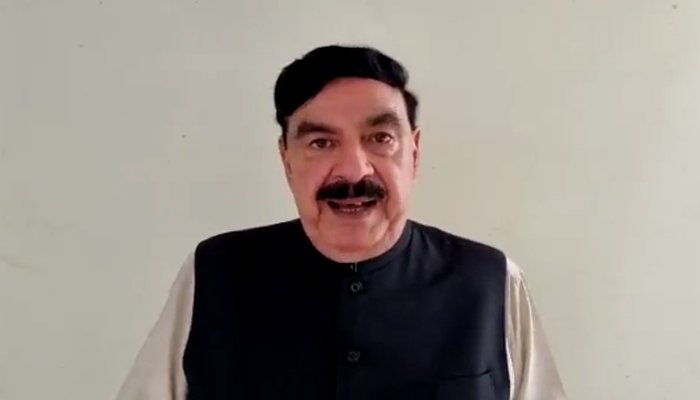 Sheikh Rasheed warns establishment to ‘stay away’ from Punjab by-polls

Former interior minister Sheikh Rasheed on Saturday warned the establishment to “stay away” from the by-polls in Punjab tomorrow.

In a video message on Twitter, the Awami Muslim League leader said: “Today I want to say something very important to the establishment. Tomorrow is a very important day. I have never witnessed such an  election ever in Pakistan’s history.”

“I wish to request them to stay away from the election. The nation will not tolerate any kind of rigging or bullying. You have to prove in tomorrow’s election you are impartial,” he continued.

Rasheed went on to censure the “foolish” government for deliberating on whether it should initiate legal proceedings against PTI leaders under Article 6.

“This is an additional note by the Supreme Court. Not a judgment. These people lack wisdom, these [people] who have been foisted on to this nation with a vote or two extra,” the former minister said.

Continuing his warning, the AML leader said that if the nation votes for PTI Chairman Imran Khan, then “no obstacles must be created” in the party’s path and the result “must be accepted”.

“If its path is blocked, this country will witness an inferno which will engulf everyone. This is why tomorrow is a test for Pakistan’s political stability,” Rasheed said.

“The people must be granted the right to [elect their own leaders] and no one must interfere,” he added.

Less than 24 hours are left for the crucial by-polls in 20 Punjab Assembly constituencies.

The ECP had unseated 25 dissident members of the PTI who voted for Chief Minister Hamza Shahbaz against their party lines when electing Punjab’s chief minister.

The PTI has got five of its members elected on reserved seats for women and minorities.