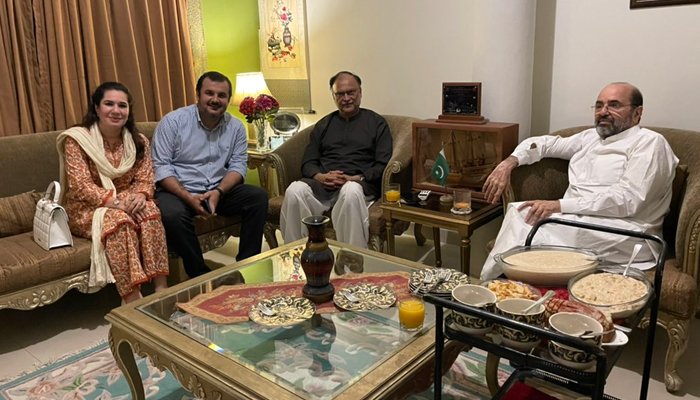 Federal Minister for Planning and Development Ahsan Iqbal on Sunday said that the family of PTI supporters who had heckled him two days prior has “apologised” and “expressed remorse and embarrassment”.

In a tweet accompanying a photo with the family who had visited him at his Narowal residence, the minister wrote: “The family involved in the incident came to Narowal and apologised for their actions in the meeting, expressed remorse and embarrassment.”

Iqbal said that he had already announced he “won’t be taking legal action against them”.

“We are all Pakistanis. We must not turn the right to disagree with each other into hatred and must maintain mutual respect,” he added.

Iqbal was heckled by a group of PTI supporters on Friday at a fast food restaurant, an incident caught on video.

The video, where the PTI supporters could be seen hurling abuses at the minister, took social media by storm.

Many Twitterati condemned the incident and called it a manifestation of the growing intolerance in Pakistani politics.