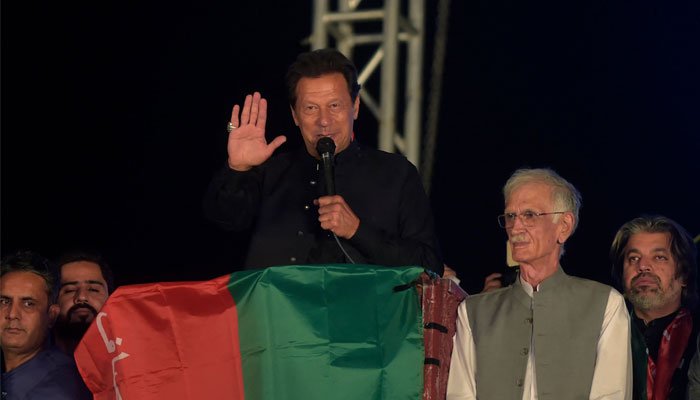 PTI Chairman Imran Khan Friday rejected the impression that he had a quarrel with the “neutrals”, saying that he has no disagreements with them.

“Weakening the ‘neutrals’ means strengthening the enemy and only the country will suffer during this fight,” he said while speaking to senior journalists.

Regarding chances of him being arrested, he said that if the government wants to arrest him, they can do so. “I have no fear because I haven’t crossed any red line.”

‘Free and fair elections only solution’

“Free and fair elections are the only solution to pull the country out of the crisis,” Khan said, adding that when a pro-people government will be formed only then will the economy flourish.

He said: “If I would speak to the neutrals there would be only one stance — free and fair elections.”

‘Better to be in Opposition than to speak with PPP’

The PTI Chairman said that nobody is ready to speak to the leaders of this “imported government”, asserting that he will never join hands with the “thieves” even if he has to sit on the Opposition benches.

“It is better to be in the Opposition than to have a dialogue with PPP,” he said.

Khan warned that if by-polls in 20 constituencies of Punjab are rigged, then it may harm the country.

“What do I have to do? I can wait but it is the country that will suffer,” he maintained.