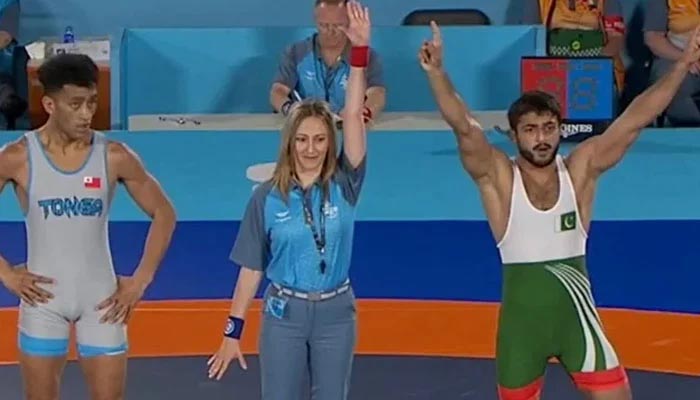 Tahir stunned Hawkings in a three-minutes-and-53-seconds-long semi-final contest. The Pakistani wrestler took the back-to-back lead and finished with 11-0 to ensure another medal for Pakistan.

It’s time for another Pakistan vs India final match in the wrestling event of CWG 2022. Tahir will meet India’s Naveen Naveen in the final later tonight.