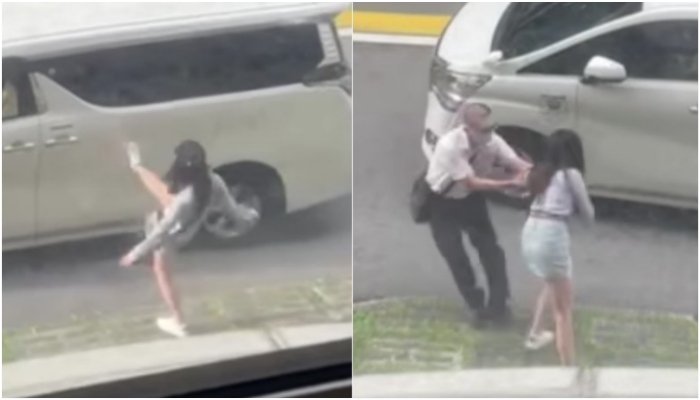 A one-minute video posted in a Facebook group shows a driver slapping and throwing a woman on the ground after she kicks his car repeatedly in Singapore.

Some Facebook users are saying she deserved the man’s reaction.

The video, uploaded to a Facebook group called SG Road Vigilante, shows a woman shouting at the driver and kicking his car as he tries to drive away.

Frustrated, the driver stops the car, runs to the woman and slaps her. The two continue to argue until the woman kicks the man and he slaps her again, according to a report by Asia One.

The woman kicks the car at the left side mirror once more and as a result, the man picks her up and throws her onto the ground before driving away.

The video caption says the driver was from Prime Limousine.

While many internet users are quick to pick sides, there are many under the comments of the video stating that both are at fault.