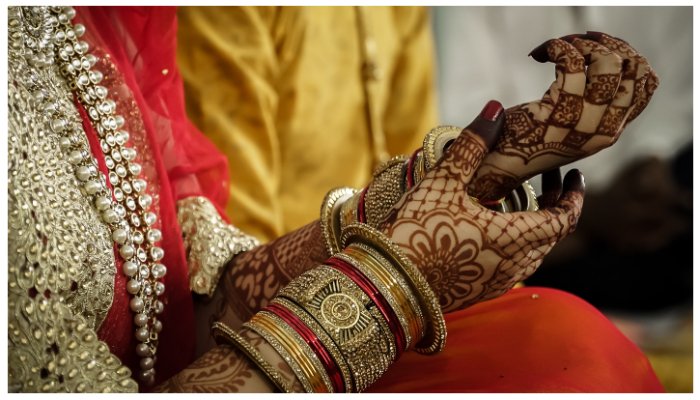 Groom late for his own wedding, says bride might be angry

A groom in India’s Uttarakhand state said he was afraid his bride might be angry after he got stuck in traffic due to landslides on the Brandrinath highway.

The baraat had to wait for an hour and a half before finally escaping the kilometre-long traffic jam.

The groom, Shubham Choudhary, said both the groom’s and bride’s sides were extremely worried.

“We are receiving phone calls from my in-laws. They are stressed. I have told them that we are stuck in traffic.”

Quite a few weddings across India have been cancelled for silly reasons, like the groom being “too dark” or a fight over paying a band last month.

In a shocking incident that took place in May this year, a bride decided to tie the knot with someone else after her groom-to-be failed to arrive at the wedding venue on time.

According to India Today, the incident took place in Buldhana district of Maharashtra. The bride was all dressed up and was ready to tie the knot but when the bride’s father observed that there was no sign of the groom, he married his daughter off to one of his relatives. The bride also agreed to the arrangement.

The bride, her family, and the guests kept waiting till 8pm but there was no sign of the groom. That’s when the family lost its patience.

When the groom finally arrived at the wedding venue, he kept dancing and drinking with his friends.

“The groom and his friends were drunk and came to the mandap at 8 pm instead of 4 pm and started fighting. We got my daughter married to one of our relatives,” said the bride’s mother, according to the report.

On the other hand, the bride’s father said: “The wedding ceremony was supposed to be on April 22, the groom’s side were busy dancing. The wedding time was at 4pm but they reached the venue at 8pm. So, I got my daughter married to one of my relatives.”