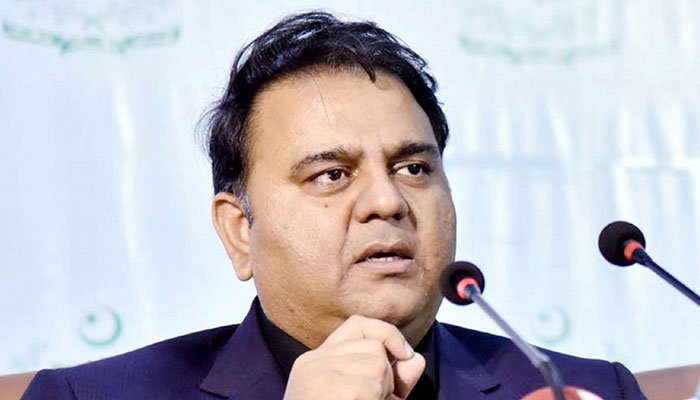 Talking to a private news channel, Fawad Chaudhry said the army chief had repeatedly, not just once, suggested to the then premier, Imran Khan to debug the PM House by using the latest technology, as according to General Bajwa, “It is not safe to talk in the PM House.”

“The army chief told Imran Khan that the points that we discuss here are recorded and leaked later on,” he said. “General Bajwa had said Nawaz Sharif stepped out of the PM House when he wanted to talk to him about some vital issue.”

The army has secured the rooms of their headquarters with state-of-the-art technology in the era of General (retd.) Ashfaq Parvez Kayani, Fawad believes.

He further said that an article published in the UK-based newspaper The Guardian revealed that the Indian government had asked an Israeli company to hack 29 telephone numbers, including that of Imran Khan. “I won’t be surprised if the investigations find out that the hacking [of the telephone calls] was carried out from abroad,” he said.

It is unacceptable for the PM’s office to be hacked, regardless of who is premier—whether Nawaz Sharif, Shehbaz Sharif or Imran Khan, he said.

Fawad said he doesn’t support the PM’s telephones being tapped.

The PTI leader reiterated his party’s demand that the government institute an investigation into the cipher. He questioned why the government and the Supreme Court of Pakistan were reluctant to hold an inquiry about the cipher.

On September 28, a sound bite of Imran Khan allegedly telling his then-principal secretary Azam Khan to “play” with the US cypher has come to the fore.

In the audio allegedly featuring Khan, a man can be heard talking about the cypher, which Khan mentions as the “threat” to remove his government.

Khan allegedly told Azam in the audio — the date of which cannot be ascertained at the moment — that “let’s just play” with the cypher and not mention America’s name.

In response, Azam tells Khan a scheme of how to use the cypher to further the PTI’s political agenda. He is heard suggesting using Foreign Secretary Sohail Mahmood so the matter can be highlighted at a “bureaucratic level”.