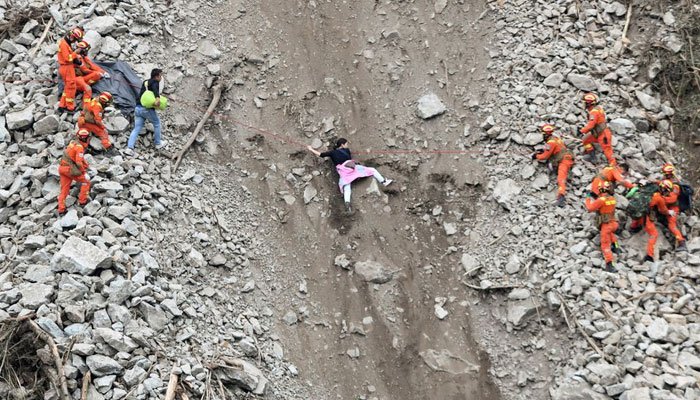 
BEIJING: China has reopened roads leading to the epicentre of Monday’s 6.8 magnitude earthquake in the southwestern province of Sichuan and traffic has resumed, state media reported on Wednesday, while the death toll has risen to 74.

In addition, a total of 259 people were injured in the disaster and 26 remained missing as of Tuesday night, the People’s Daily reported.

The strongest earthquake to hit the province since 2017 destroyed numerous buildings and caused severe damage to power and water infrastructure as well as telecommunications.

Rescuers had rushed to reach stranded people, restore utilities and send emergency relief, while 11,000 people were evacuated on Tuesday from Luding county, where the quake was centred.

Early on Wednesday, China Earthquake Networks Centre recorded a magnitude 3 aftershock at the epicentre, at a depth of 12 km (7.5 miles).

Weather forecasters have also warned of the prospect of heavy rains in the region until Friday.

Pervez Musharraf to be laid to rest in Karachi today
Earthquake kills more than 4,300 in Turkey, Syria
Recover 50% super tax from big companies in one week, SC directs FBR