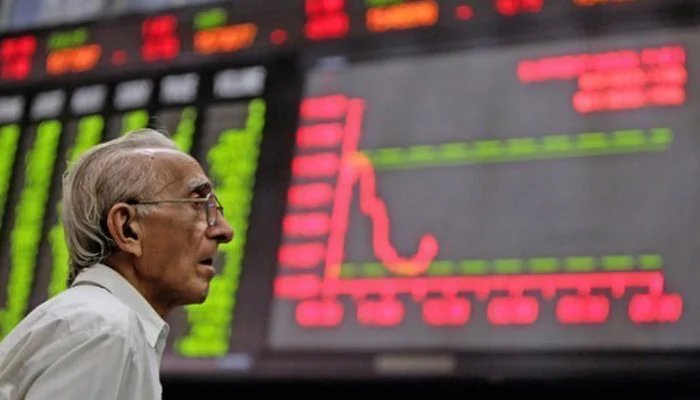 The benchmark KSE-100 index opened in the green in line with its positive trend a day earlier; however, it soon plunged over 2,000 points or nearly 5%.

In his address to the nation, the premier announced that a 10% super tax would be imposed on large-scale industries including cement, steel, sugar, oil and gas, fertiliser, banking, textile, chemical, beverage, and automobile sectors.

Speaking to Geo.tv, Arif Habib Limited Head of Research Tahir Abbas said the market is reacting to the news of the imposition of super tax on large-scale industries.

“A 10% super tax on large-scale industries is on the higher side and the market didn’t expect this, therefore the reaction is intense,” he said.

The analyst was of the view the market will now stay under pressure in the days to come until budget 2022-23 is passed in the National Assembly and the finance act is released, which will reveal the exact details of the “tough” decision taken by the government.

Shares of 364 companies were traded during the session. At the close of trading, 61 scrips closed in the green, 287 in the red, and 16 remained unchanged.

Overall trading volumes rose to 424.22 million shares compared with Thursday’s tally of 349.48 million. The value of shares traded during the day was Rs12.8 billion.