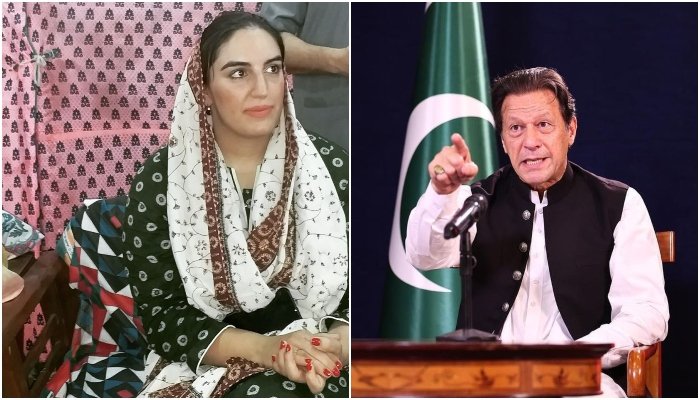 Bakhtawar Bhutto-Zardari, the daughter of PPP Co-chairperson Asif Ali Zardari, hit back at PTI Chairperson Imran Khan for his allegations against the former president.

The former prime minister had alleged that Zardari was the “main architect” behind the alleged horse-trading in Lahore, adding that the former president has secured an “NRO for his corruption and purchases people with looted wealth”.

He had demanded that the PPP leader should be jailed.

Following the allegations, Bakhtawar on her Twitter account warned Khan: “Why don’t you take your obsession with proof to the court, otherwise you will be hearing from our lawyers for defamation and lies.”

“Still not over the absolutely not phone call? Why don’t you take your obsession with proof to court,” she wrote, adding that she pities the PTI Chairman as he has never read the Constitution as nothing will save him from committing treason.