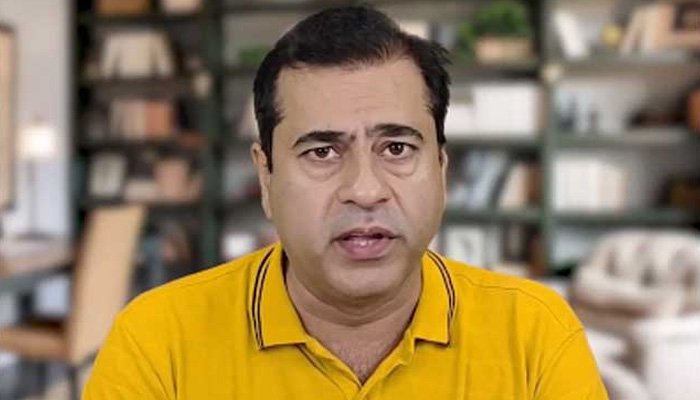 ATTOCK: Anchorperson Imran Riaz Khan on Thursday got relief from a local court when a case filed against him was wrapped up and the police were ordered to release the TV personality if not wanted in another case.

Imran Riaz Khan was presented before the court by the Punjab Police, seeking three-day physical remand.

He was taken into custody by the police from the Islamabad Toll Plaza when he was going to the federal capital ahead of a hearing in the Islamabad High Court (IHC) for an extension in bail.

Judicial Magistrate Attock Yasir Tanveer, after hearing the case till 3am, had reserved the verdict which was issued later in the morning.

“…..keeping in view the above said facts and circumstances and guidance from the above said case laws, at this moment the case in hand is not a case of sufficient evidence which connect the accused Imran Riaz with the commission of the offence as embodied in the crime report, therefore, the accused Imran Riaz Khan is hereby discharged from this case,” the judge stated in the eight-page order.

The order said that Imran Riaz Khan be released forthwith if not required in any other case, adding that the police, however, after adopting legal procedures can investigate the matter further and if collects sufficient evidence, then they may proceed against but, strictly in accordance with law.

After being arrested, Imran Riaz Khan was produced before the Attock court on Wednesday which refused to hear the case stating the matter does not fall under its jurisdiction as sections of the Prevention Of Electronic Crimes Act (PECA) 2016 were added to the FIR.

Later, the anchorperson was taken to the court of Judicial Magistrate Muhammad Pervaiz Khan in Rawalpindi which directed  the charges framed under the PECA sections be repealed and ordered that the matter be fixed before the Attock court.

The court announced the verdict after an official of the Federal Investigation Agency (FIA) informed the judge that the offences mentioned in the first information report against Imran were not “actually made out” and the police had wrongly lodged the FIR regarding the PECA sections.

The FIA official further informed the court that no offence had been committed according to the PECA sections and the FIA did not have the privilege to investigate the matter further.

Earlier, the IHC had disposed of the case and directed him to approach the Lahore High Court.

According to a Daily Dawn report, charges framed in the FIR against the anchorperson include sections 505-1(C) (statements conducing to public mischief with intent to incite, or which is likely to incite, any class or community of persons to commit any offence against any other class or community), 505 (2) (whoever makes, publishes or circulates any statement or report containing rumour or alarming news with intent to create or promote feelings of enmity, hatred or ill-will between different religious, racial, language or regional groups or castes or communities), 501 (printing or engraving matter known to be defamatory), and 109 (punishment of abetment if the Act abetted committed In consequence and where no express provision is made for its punishment) of the Pakistan Penal Code and six different PECA sections.