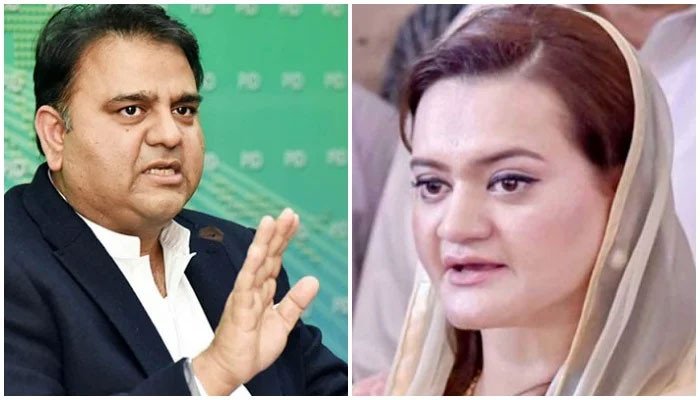 ISLAMABAD: Senior PTI leader and former federal minister for information Fawad Chaudhry on Sunday took a jibe at  Minister for Information and Broadcasting Marriyum Aurangzeb, saying that she’ll make “stupid remarks” if she “keeps playing games” on her phone.

The statement came in response to the information minister’s recent criticism of the PTI-led government and its economic policies.

“You will make stupid remarks like this if you keep playing Candy Crush (popular mobile phone game),” Fawad wrote in response to a tweet by Marriyum where she highlighted former finance minister Shaukat Tarin “admitting” the huge amount in loans the PTI government had taken.

Fawad criticised Marriyum, saying that the PTI government took loans worth $52 billion but $38 billion was spent on repaying debt incurred by the PML-N government during their previous tenure.

If the “beggar” government doesn’t like deals with the International Monetary Fund then why does it go to attend IMF Board’s meetings, he asked.

Marriyum, while sharing a Geo News clip reporting Tarin’s conversation with the media, where he criticised the federal budget 2022-23, pointed out that Tarin admitted that the PTI government’s loans amounted to 76% of loans taken in the entire history of Pakistan.

“Mr Shaukat Tarin finally admitted that Mr Imran Khan took Rs20,000 billion of loans in his four years of government, which is 76% of the loans taken in Pakistan’s entire history. PTI Chairman Imran Khan has to make many more such confessions,” she wrote.

The former information minister had taunted Marriyum for “playing the video game” earlier as well.

Referring to the post-budget press conference by Finance Minister Miftah Ismail, Fawad said that one can understand the “non-seriousness” of the incumbent government by seeing the information minister “busy playing games” on her mobile phone.

“To understand just how non-serious the people this government comprises of are, [one can see] that the the finance minister is addressing the post-budget press conference while the information minister is continuously playing a video game on her phone while sitting right next to him,” Fawad wrote on Twitter.