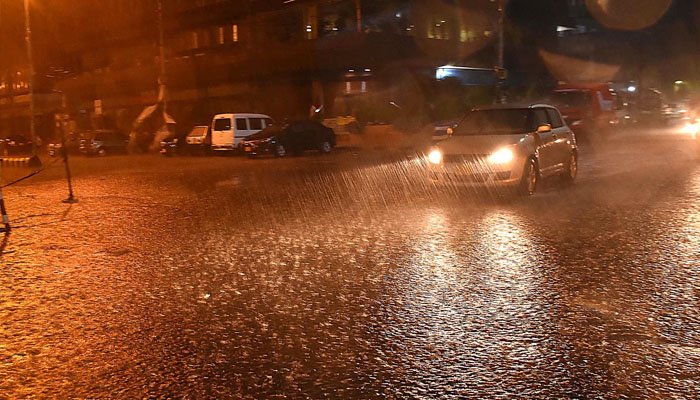 When will it rain in Karachi next?

It’s going to rain again in Karachi this week.

The Pakistan Meteorological Department (PMD) has forecast rain in the metropolis on July 2, Geo News reported.

According to the Met department, the metropolis currently under the grip of heat and suffocation because of low pressure of air at the Arabian Sea near Indian Gujrat, due to which sea breeze is not blowing in the day time.

“However, from June 30, monsoon waves will enter Pakistan from the Bay of Bengal which will improve the weather condition,” said the Met office.

As per PMD, from the first of July, rainfall is likely in Tharparkar, Umerkot and other areas of Sindh, however, Karachi is likely to receive rain on July 2.

The PMD says that the monsoon system may cause excess rainfall in parts of Sindh and Balochistan. Under the influence of this system, intermittent rain is expected for 3-4 days and in some areas for five days.