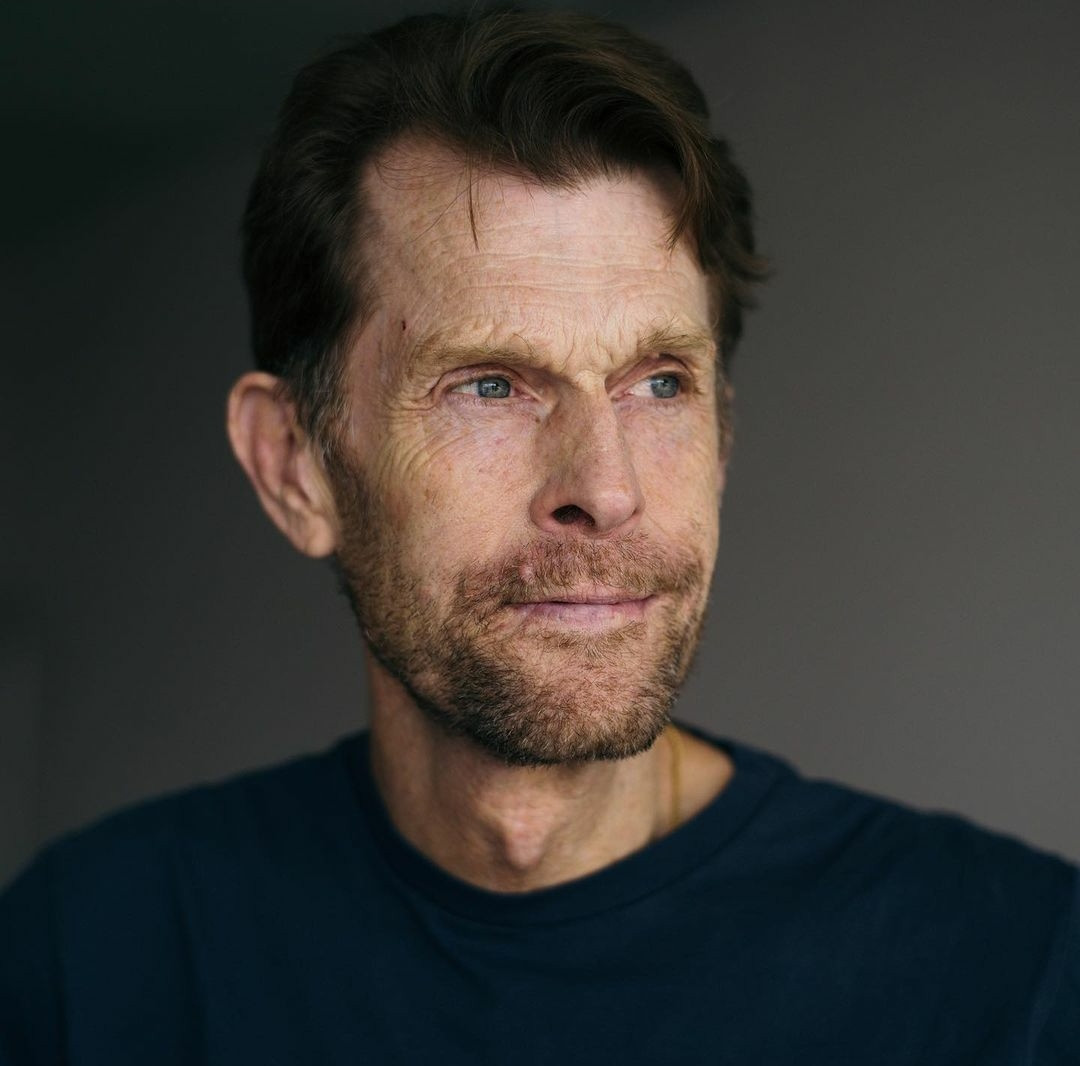 When the Batman lost his voice

All Batman fans, diehard or casual, have their favourite screen rendition of the hero. There are those who swear and die by Christian Bale’s version of the caped crusader from the Christopher Nolan trilogy. Another cohort would say the same about Michael Keaton and the two Tim Burton films. Even Ben Affleck’s turn in the hit-or-miss DC Extended Universe has gathered a loud fervent following in recent years. For lovers of camp, there is Adam West. In due time and perhaps a couple of movies later, Robert Pattinson too may become ‘the’ Batman for a generation.

I apologise to all of these fans. There is – or now was – only one definitive Batman. The actor who gave him to us sadly succumbed to cancer a little over a week ago.

From face alone, not many would recognise Kevin Conroy as an actor and performer, much less as Batman. With his lean frame and willowy looks, especially as he aged, he never really looked the part. In live action, Conroy appeared just once as Bruce Wayne, that too towards the end. In CW’s Crisis on Infinite Earths crossover event, which aired between December 2019 and January 2020, he portrayed an older, darker version that had failed to uphold the famous ‘no killing’ policy and allowed murderous impulses to roam free. But that is not the one he’ll be remembered for.

Before the Nolan films, it was Conroy’s portrayal in the beloved and critically acclaimed 90s animated series that rescued Batman from decades of camp. The live-action Adam West series from the 60s and the concurrent Silver Age of DC comics had given Batman a corny reputation, so much so that at one point DC mulled shelving the character altogether. But even as a rotating cast of legendary comic writers and artists shaped the Caped Crusader into the Dark Knight, and Tim Burton’s two Batman films returned some seriousness to the hero, it was the aforementioned animated series that revealed the character could be so much more with the right team and actor.

Despite his talent, training and by then extensive theatre experience, Conroy was a relative unknown when he landed the Batman role. His previous screen appearance was in an ill-fated sitcom never renewed for more than one season. In a 2017 interview with Vulture, the show’s co-creator Bruce Timm and voice director Andrea Romano detailed how Conroy was cast. “Just for Batman himself, I listened to 500 voices,” recalled Romano. “We got to the point where we were so desperate that anybody who would walk through the door… we would say, ‘Oh, by the way, would you be interested in playing Batman as well?’” added Timm.

“Out of the blue, this guy whom none of us had ever heard of before walks in… We had him read both Bruce Wayne dialogue and Batman dialogue and, right out of the gate, without any extra direction from us, he just nailed it,” the show’s co-creator went on to reveal. According to Romano, right from the audition, Conroy was able to understand the character and the distinction between Batman and Bruce Wayne, which the team wanted to be subtle.

Conroy himself revealed in another interview that the lines he loved most as Batman were the ones that revealed the character’s soul. Often credited as the first actor to distinguish the ‘Batman voice’ from the Bruce Wayne one, the actor utilised the distinction between the two with a nuance that conveyed both egos were still the same man – haunted by childhood trauma, driven not by vengeance but the ‘terrible purpose’ of making sure no person went through the same. The range and gravitas Julliard-trained Conroy brought to the role with his gravelly voice made his version of the character in both guises the deepest till date. There are times he allowed Bruce to bleed into Batman and Batman to bleed into Bruce to varying degrees, providing a level of layering no other rendition has matched.

But as serious as Conroy’s Batman was, the character was no ‘grimdark’ anti-hero – the kind that became a regular fixture in the comics industry around the same decade. In a restrained manner, Conroy’s Batman could be ironic and witty. In his public guise as Bruce Wayne, he could be generous, charming and even light-hearted. With Conroy’s voice and range, Batman could love and (for a while, at least) allow himself to be loved. He could empathise, not only with those he sought to protect, but with his foes as well. You could feel that his purpose drove him to try to save the ‘villains’ as much as their victims. As IGN rightly identified, Conroy made Batman’s humanity the hero’s greatest weapon.

As a fan hooked on to Batman: The Animated Series and its subsequent spinoffs as a preteen, it is hard to pick a single greatest moment. One of my earliest memories of the series, one that stays with me in lucid detail as an adult, belongs to the third episode ‘Nothing to Fear’. In a confrontation with the Scarecrow, Batman is hit with the villain’s trademark fear gas. He finds himself haunted not by any grotesque or twisted vision, but by the apparition of his late father Thomas calling him a disgrace. It is in that moment the hero delivers the now iconic line: “You are not my father! I am not a disgrace! I am vengeance. I am the night. I am Batman!”

Many recall Batman: The Mask of the Phantasm, a feature-length big screen spinoff of the animated series as the epitome. In a sequence exploring Bruce in the process of taking up the Batman mantle, the movie delivers a moment still unique among all portrayals. Before the graves of his parents, Bruce seeks permission to give up his vigilante calling: “It doesn’t mean I don’t care anymore. I don’t want to let you down, honest, but… but it just doesn’t hurt so bad anymore. You can understand that, can’t you? Look, I can give money to the city – they can hire more cops. Let someone else take the risk, but it’s different now!”

“Please! I need it to be different now. I know I made a promise, but I didn’t see this coming. I didn’t count on being happy… Please! Tell me that it’s okay,” he pleads.

A rather quirky twist appears in an episode of the spinoff Justice League Unlimited titled ‘This Little Piggy’. The sorceress Circe turns Wonder Woman into a pig. To turn her back, Circe demands something incredibly precious from Batman – something he has kept concealed, which can never be regained when gone, alluding perhaps to his secret identity. Batman pays the price by performing the song ‘Am I Blue?’ before an entire amphitheatre audience.

The heroism of Conroy’s Batman is perhaps best revealed in the season two finale of Justice League Unlimited. A reality-warping metahuman named Ace goes rogue and secures herself in an impregnable fortress. Cadmus, the organisation that created her, seeks the help of the Justice League in taking her down, lest she warp the entire world. Batman volunteers to take the weapon that can kill Ace. Upon reaching the troubled metahuman, he reveals he never intended to use it. Instead he asks her to change things back to how they were. When she reveals she is dying, Batman agrees to her only wish – to hold her hand and stay by her side.

An interesting fact about Kevin Conroy is that he was the only openly gay actor to portray Batman. Raised in a Catholic family, he had a tumultuous upbringing and youth. Conroy’s father was known to be an alcoholic who once attempted suicide. The father and son’s relationship remained estranged for many years, with the two reconciling shortly before the former’s death. Conroy was at both his parents’ side when they died.

It is not hard to imagine the influence of Conroy’s personal life on the portrayal he will be remembered for. Imbuing his Batman with a real soul, Conroy showed us that the Dark Knight could be both stoic and vulnerable. Above all, he is human. And that is what defines his heroism.

Rest in peace Kevin Conroy. Thank you for all the memories and inspiration.