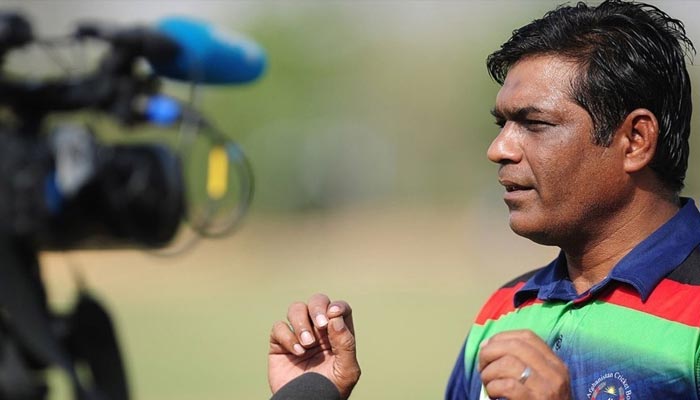 What is Rashid Latif’s suggestion to control hooliganism in cricket?


KARACHI: Former Pakistan batter Rashid Latif has suggested how to control hooliganism in cricket, saying that a point should be deducted for teams whose supporters misbehave at the stadium.

A day prior, the Afghanistan team’s fans couldn’t accept their team’s loss against Pakistan in Asia Cup Super Four clash. The fans attacked Pakistani spectators, beating them with seats and causing a chaotic situation.

After several cricketers and pundits condemned the incident, former Pakistan wicket-keeper batter Latif came up with a solution to the misbehaviour.

“Women and young children in the crowd yesterday. To take it a step further I would suggest a deduction of points for crowd behaviour of any nation, that way the crowd may behave themselves realising the severity of the outcome could eliminate their team from future major events,” he wrote on Twitter.

The Men in Green beat Afghanistan by one wicket in the last over of the crucial match with the help of Naseem Shah’s two sixes.

Pakistan will face Sri Lanka in the tournament final on September 11 (Sunday).

Dawson gets frustrated after losing against Pakistan

Haris Rauf tells tale of ‘game-changing’ over against England