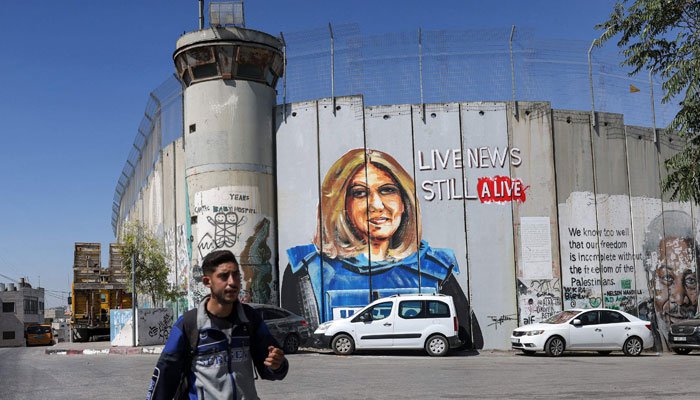 On May 11 2022, Shireen Abu Akleh, a renowned journalist in the Middle East who reported from the Palestinian territories occupied by Israel was brutally murdered by the Israeli forces.

But for Gaza-based journalist Wafa al Udainy, this was not the first time that journalists had been targeted.

“Shireen and Ghufran are two of the most recent names, we have tens of journalists who got assassinated by occupation [forces] since 1948,” Udainy told Geo.tv.

“She (shireen) dedicated her life to reporting about the things that the mainstream media does not dare to speak about,” said Wafa.

Prominent western outlets reported her murder inaccurately by calling it a mere ”death”, subtracting from their headlines the fact that she was brutally shot by Israeli forces.

Here’s a look at how the Western media reported the journalist’s murder.