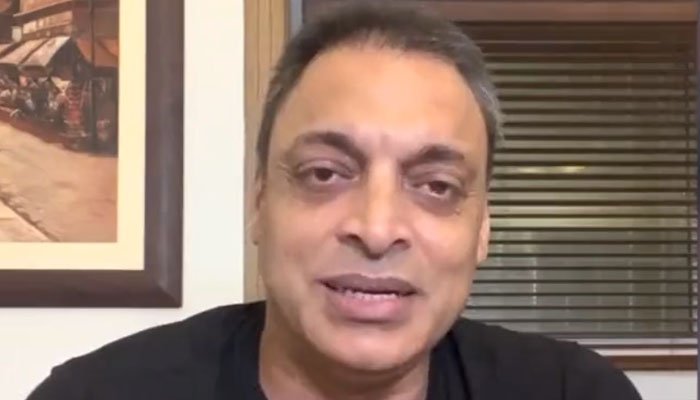 On Wednesday, the Pakistan cricket team defeated Afghanistan by one wicket after an exciting and thrilling contest in Asia Cup 2022, Naseem Shah’s sixes sealed victory for Pakistan and secured the ticket for the final.

After losing the match, Afghan supporters vandalized the stadium and threw chairs at Pakistani fans. Like other Pakistanis, this violent reaction also angered Shoaib Akhtar.

Taking to Twitter, Shoaib Akhtar said, “this is what Afghan fans are doing. This is what they’ve done in the past multiple times. This is a game and it’s supposed to be played and taken in the right spirit.”

The legendary fast bowler said, “We love and support the Afghan cricket team for being our brothers. We supported Afghans in their difficult times, but what is this behaviour that you are abusing Asif Ali.”

“Play cricket and show passion. But we will not tolerate this behaviour and this is the reason Allah has punished you,” said Shoaib Akhtar

The former captain also asked the ex-chief executive of the Afghan Cricket Board (ACB) and founder of Afghanistan Premier League (APL) Shafiq Stanikzai that, afghan crowd and players need to learn something if they want to grow in sports.

Responding to Shoaib Akhtar, Shafiq Stanikzai defended Afghanistan fans’ behaviour and said, “You can’t control the emotions of the crowd and such incidents happened in the world of cricket multiple times, you should go ask Kabir Khan, Inzamam Bhai and Rashid Latif how we treated them.”