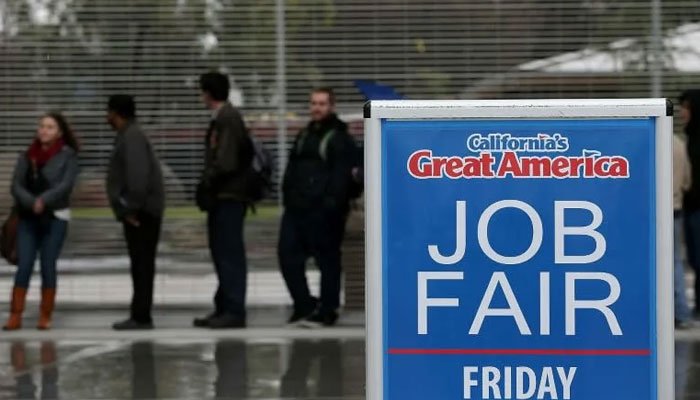 US shares flat on strong job growth, euro closes in on dollar parity

NEW YORK: Global stock markets finished mostly higher Friday, though Wall Street was flat following a surprisingly strong jobs report, while the euro was near parity with the dollar as traders bet on the prospect of a eurozone recession caused by soaring inflation.

The yen initially strengthened against the dollar following the assassination of Japan´s former prime minister, Shinzo Abe, before falling back.

Major US indices see-sawed throughout the day but still notched solid gains for the week, with investors weighing optimism that the US economy can withstand higher borrowing costs against fears the Fed will do too much to choke off growth and cause a downturn.

The resilient US labor market gives the Federal Reserve more of a free hand to raise interest rates sharply to combat soaring inflation, although some investors still fear policymakers could do too much, choking off growth and causing a downturn.

Gregori Volokhine of Meeschaert Financial Services said the hope is the US economy avoids the “worst-case scenario,” where the economy slows but inflation stays high and the Fed continues to hike rates.

The jobs report was “not necessarily ideal but it offers comfort about the economy and gives the impression that the Fed will not do too much damage too quickly,” Volokhine said.

Fed officials have signaled they are still on target for another aggressive 75 basis point interest rate increase later this month, matching the move in June — the biggest since 1994 — but they will reassess later in the year.

“The depreciation in the euro to its lowest level in almost two decades against the dollar this week in large part reflects investors´ view that the ECB will tighten less aggressively than the Fed,” said Jessica Hinds, senior Europe economist at Capital Economics.

Meanwhile, world oil prices rose following the US jobs report, comforted about the health of the world´s top economy and demand for oil.

Asian stock markets closed higher, boosted by hopes that US President Joe Biden would remove some tariffs from Chinese goods, and amid reports Beijing was considering a huge stimulus push to aid the struggling Chinese economy.

Markets are also tracking political unrest in Britain and Japan.

London´s benchmark FTSE 100 index edged 0.1 percent higher — and the pound was mixed — one day after Prime Minister Boris Johnson said he was stepping down later this year following a string of scandals.

In Japan, Abe was assassinated by a gunman who opened fire at close range as the hugely influential politician delivered a campaign speech ahead of upper house elections.

The murder of the 67-year-old, who had been Japan´s longest-serving leader, stunned the nation and prompted an international outpouring of grief and condemnation.

The killing “could be negative for markets if the government´s policy, including its stance on monetary easing, is affected, as it was evident that he was pulling the strings behind the scenes in many ways,” said Masahiro Yamaguchi at SMBC Trust Bank.

“If it becomes possible for (current Prime Minister Fumio) Kishida to carry out policies he wanted to, such as financial tax and regulations on share buy-back, that would be negative for markets.”