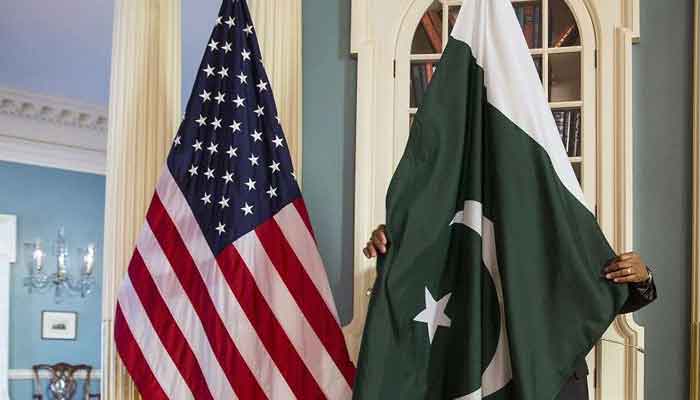 US helped Pakistan in reaching IMF accord: Shahzad Iqbal

ISLAMABAD: Pakistan’s request to the US in reaching deal with the International Monetary Fund (IMF) “helped” the country, however, there were no concessions in conditions set for the revival of the loan programme.

Speaking to Geo News today, “Naya Pakistan” anchor Shahzad Iqbal said that according to his information Islamabad did get the benefit from reaching out to the US because IMF’s attitude at that time was very strict and the Fund was putting harsh conditions and probably may have refused to sign a deal with the country.

However, the anchorperson added, this was US pressure which made it possible for Pakistan but there were no concessions in conditions.

According to reports, Finance Minister Miftah Ismail and State Minister for Finance Aisha Ghous Pasha had met US Ambassador to Pakistan Donald Blome earlier this month seeking US assistance in this regard.

The US holds significant influence on the IMF being the largest shareholder of the lender.

The Pakistani authorities are hopeful of reaching a staff-level agreement with the IMF soon after the federal budget for the upcoming fiscal year 2022-23 is passed in the National Assembly.

Iqbal agreed with the anchorpersons that due to measures announced by the government the common man will be affected despite the government’s claim of putting the burden on the rich.

“The coming months will be very difficult for a common man because inflation will increase further and bite the masses already burdened, unemployment will also increase in the coming months as the country heads toward crises,” he said.

He said that tough decisions were taken under the IMF pressure and that was necessary to restore the loan programme and it will also unlock other sources of financial assistance from other lenders and friendly countries.

Iqbal, however, disagreed with the government’s view that the affluent section of the society is taxed and poor segments are saved from taxation.

He shared the example of the changes in the tax slabs for the salaried class which have now been revised down on the IMF demands in order to meet the revenue target.

“Revision in tax slabs after which low-income groups have also been brought into the tax net, the imposition of GST and petroleum levy will ‘drop on a common man like a bomb’ as the inflation will increase further due to these measures.”

When asked to comment on the delay in the IMF deal, he said that it is not in any danger now. “Pakistan has accepted the basic conditions of the lender and the agreement will be signed soon.”