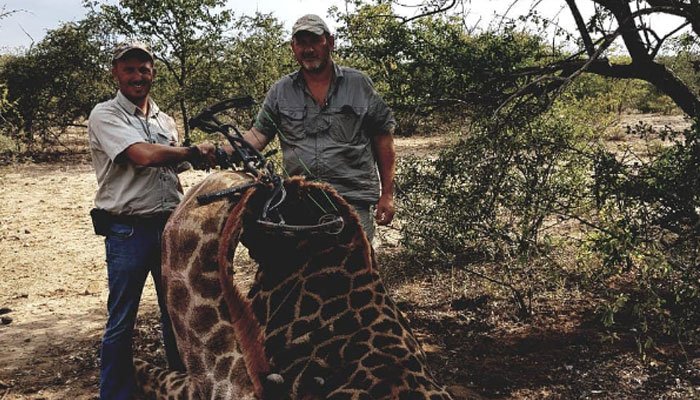 A trophy hunter who has targeted and killed some of the most guarded animals like rhinos, lions, and elephants, has been murdered in South Africa.

Riaan Naude, 55, was found dead next to his vehicle in the northern region of South Africa, reported New Zealand Herald.

Another user said: “The elephant is coming to your funeral.”

According to local media, two rifles were found in his truck near the Kruger National Park wildlife reserve.

The hunter used to post pictures of himself with dead animals.

Non-profit organisation, the Heritage Protection Group (HPG), said that someone who pulled up close to Naude’s car shot him.

Police spokesperson Lieutenant colonel Mamphaswa Seabi said: “The man was lying with his face up and there was blood on his head and face.”