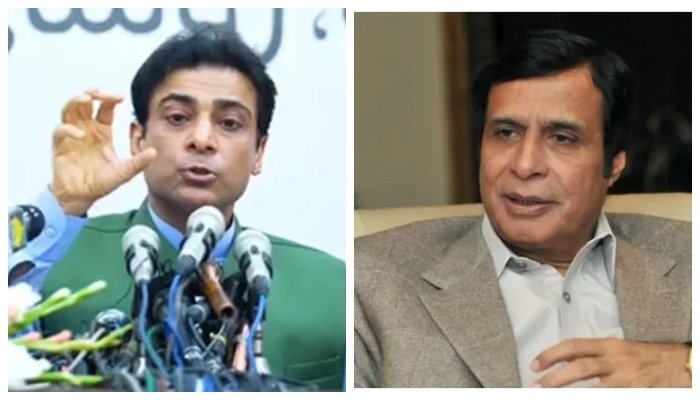 Punjab will once again be the centre of attention today (Friday) as all eyes are set on the crucial session of the Punjab Assembly to hold the process of the chief minister’s election between incumbent CM Hamza Shahbaz and Punjab Assembly Speaker Pervez Elahi.

The contest is expected to shape the country’s future political scenario. The session starts 4pm.

The landslide victory of PTI in last week’s Punjab by-polls turned the tables around in the Punjab Assembly. However, there still is widespread confusion over the numbers of the two major parties of Punjab — PTI and PML-N — who will have a thrilling contest for the Punjab CM between their respective candidates Punjab Assembly Speaker Chaudhry Pervez Elahi and Hamza Shahbaz, the son of Prime Minister Shehbaz Sharif.

As the speaker himself is a candidate for the contest, the session will be held under the chairpersonship of Deputy Speaker Dost Mazari, who has sought strict security arrangements for today’s political activity.

In a letter written to the chief secretary and inspector-general on the eve of the CM election, Mazari requested that security officials be deployed within the boundaries and inside the premises of the Assembly hall to ward off any untoward incident.

Following the requisition, the Punjab police devised a security plan. According to it, 1,400 security personnel will be deployed inside and outside the Punjab Assembly.

The police said that security officials are being deployed to ensure the proceedings of the session are held peacefully and that the protection of all members of Parliament is also a major concern.

Where do things stand?

Political analysts believe if the opposition parties — PTI and the PML-Q — win the prized slot in Punjab, the coalition government in the Centre will ultimately feel the heat, The News reported. With two provincial governments in pocket, ousted premier Imran Khan would prove to be a bigger threat to the PML-N-led federal government, hence chances of an early general election in the country.

Due to significance of the contest, wheeling and dealing by the arch-rivals continued during the last 3-4 days, and reached its peak on Thursday night, when the election was almost 12 hours away.

Ahead of the crucial election, former prime minister Imran Khan presided over the parliamentary party meeting of PTI and PML-Q. The meeting was attended by 186 members of the provincial assembly, while Mazari did not participate.

PTI leader Fawad Chaudhry claimed to have the support of 186 MPAs, the required number for winning the CM election. Former federal minister and PML-Q leader Moonis Elahi also said the Hamza government game was over, as they had the required numbers, adding that Shehbaz Sharif had ruined anyone or any institution that helped him.

Pervez Elahi is now the most likely to replace Hamza Shahbaz Sharif as the new chief minister of the province after the changed situation in the province.

Almost all the turncoats who joined the PML-N and voted for Hamza Shahbaz Sharif lost to the PTI candidates in Sundays Punjab by-elections. PTI grabbed 15 of the total 20 seats in the Punjab by-polls, while PML-N won four seats and the remaining one seat went to an independent candidate.