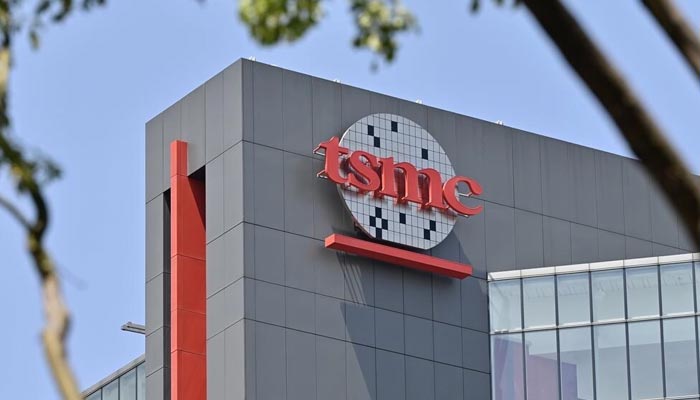 Taiwan Semiconductor Manufacturing Company operates the world’s largest silicon wafer factories and produces some of the most advanced microchips used in everything from smartphones and cars to missiles.

The vast majority of the world’s top-notch microchips are made by just two companies — TSMC and Samsung — both of which are running at full capacity to alleviate a global shortage.

The Taiwanese firm controls more than half of global foundry output, with clients including Apple and Qualcomm.

Revenue for the first eight months of the year totalled Tw$1.4 trillion, a 43.5% increase on the same period in 2021.

TSMC chief executive CC Wei told an investor conference in July that customer demand continued to exceed the company’s ability to supply and he expected capacity to remain tight throughout 2022.

But he also expected “a few quarters of inventory adjustment” through the first half of 2023 due to softening demand for some products including smartphones and personal computers.

While Taiwan’s semiconductor and high-tech industry has shown impressive growth, other parts of the economy are showing signs of an impact from the general global slowdown.

Taiwan’s exports in August grew at their slowest pace in more than two years by just 2% to $40.34 billion, the finance ministry said.

That compared to 14.2% growth in July and was the slowest pace of increase since July 2020’s 0.3% when exports were hammered by the emergence of the coronavirus pandemic.

Exports would have dropped 4.2% from a year earlier without the electronic components industry, which accounted for over 40% of overseas shipments in August, according to the ministry.

Semiconductor exports rose 14.3% from a year earlier to $15.69 billion last month but a slowdown in demand for consumer electronic products saw shipments for information/communication, audio and video products drop 1.6% on-year.

Exports in the “old economy sector” largely declined last month, with plastics/rubber falling by 21.8% while chemicals were down 17.1% on-year.

Twitter to charge businesses $1,000 a month to keep their gold checkmarks

Unlocking the magic of ChatGPT in the classroom

How would police function in metaverse?