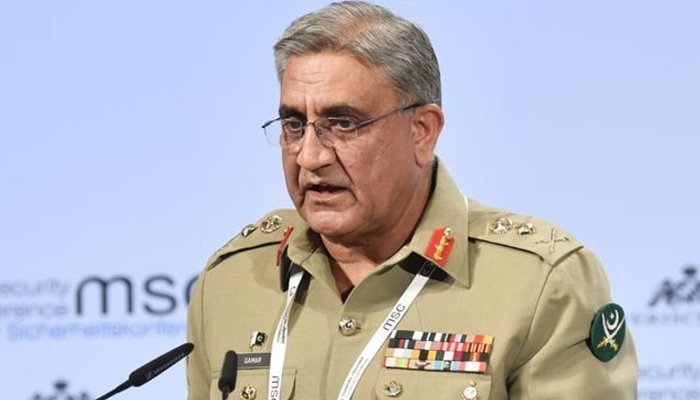 ISLAMABAD: Chief of the Army Staff (COAS) General Qamar Javed Bajwa has issued fresh directions to all his commanders and key officers, including those associated with the Inter-Services Intelligence (ISI), to stay away from politics and avoid interacting with politicians.

These directions have been given in the wake of Imran Khan-led PTI propaganda against the military establishment alleging certain ISI officials of having been involved in political engineering to manipulate the upcoming by-elections in Punjab to the disadvantage of PTI.

Defence sources lament over these allegations and disclosed that the ISI sector commander, Lahore, who is being maligned by the PTI leaders, is not even in Lahore for over a fortnight in connection with some of his professional work in Islamabad.

PTI leader and former health minister Punjab Dr Yasmin Rashid recently named the sector commander and alleged him of having been involved in politics to engineering the by-elections in Punjab.

Before Rashid, it was former foreign minister and Deputy Chairman PTI Shah Mehmood Qureshi who had alleged that some invisible forces are active to influence the by-elections in the province against PTI.

Recently, PTI chairman Imran Khan also alleged that some of his candidates have complained to him of receiving telephone calls from unknown numbers. He also said that his party leaders and workers were being pressurised to engineer the by-elections.

Defence sources insist that the PTI, instead of maligning the security establishment, should share evidence. These sources claimed that even if an iota of evidence is provided, strict action would be initiated against the responsible.

Months back, operatives of the country’s top intelligence agency, the ISI, were strictly directed to stay away from politics

According to a report, published by The News in February this year, the incumbent ISI DG Lt Gen Nadeem Anjum had made it clear to all officials of the premier intelligence agency that no interference in politics and political matters would be tolerated.

It was said that upon his arrival as the top spymaster of the country, the present ISI DG had conveyed his thoughts to all officials of the ISI.

Unfortunately, the ISI, which is the first line of defence for Pakistan, has been the focus of controversies in the past for having been used in political matters. For the same reason, the agency has always been the topic of discussion for political parties and media.

The published report said: “Unauthorized political role of the agency, which otherwise is doing a wonderful job for the defence and security of Pakistan, has dented the reputation of the ISI. The incumbent ISI DG is said to have decided soon after he assumed the new assignment to keep the institution away from politics in order to stay away from unnecessary controversies and remain focused on its prime job.”