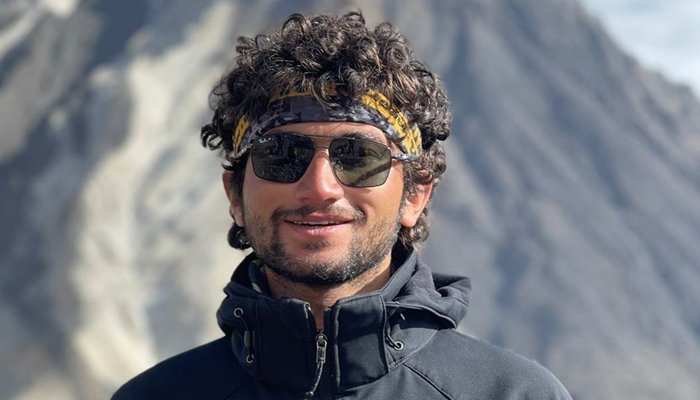 
KARACHI: Pakistani mountaineer Shehroze Kashif added another feather to his cap after becoming the youngest climber ever to summit nine peaks of over 8,000m when he reached on top of the 8,035m Gasherbrum-II this morning.

He broke UK’s Adriana Brownlee’s record in less than a month.

Young Shehroze reached the summit of Gasherbrum II — the world’s 13th highest peak — at around 9:00am (PST).

The 20-year-old Pakistani climber surpassed England’s 21-year-old Brownlee’s record of being the youngest to summit 9 peaks of over 8,000m.

Adriana reached her 9th peak on July 20, after successfully scaling the Broad Peak in Pakistan.

Brownlee later went on to become the youngest to climb 10 peaks of over 8,000m when she reached on top of K2 on July 30.

Shehroze is also likely to surpass this record very soon as, according to his team, after descending from Gasherbrum II, the Pakistani mountaineer will eye climbing Gasherbrum I — the 11th highest peak in the world at 8,080m.

The young Pakistani mountaineer had earlier scaled Nanga Parbat this year on July 5. Earlier this year, he reached on top of Mt Makalu, Mt Lhotse and Mt Kanchenjunga in Nepal in less than a month.

Shehroze Kashif is eyeing to become the youngest climber in the world to summit all 14 peaks of over 8,000m. Adriana Brownlee of England, who is a year elder than Shehroze is also running after the same record.

Shehroze also made a voice call to his father Kashif Salman from the summit of Gasherbrum-II announcing the success of his expedition.