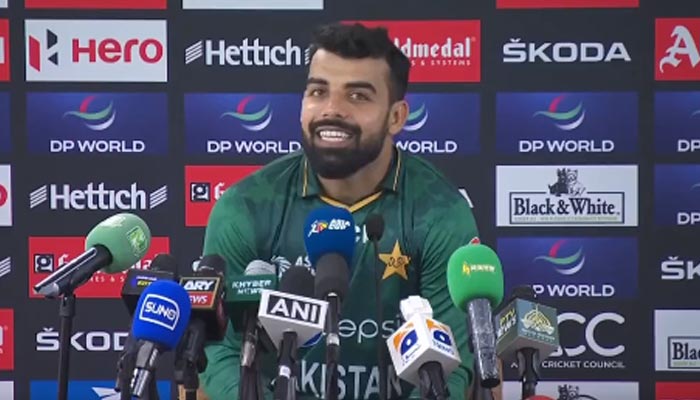 
Following the nail-biting clash between Pakistan and Afghanistan in Asia Cup’s Super Four stage, vice-captain Shadab Khan said that thrilling matches like these can result in a heart attack.

Speaking in a post match press conference, Shadab said: “I think we are being cruel to people because these matches have a high chance of giving a heart attack to someone.”

The star player said that he can play matches like these but cannot watch them.

Shadab took one wicket and hit three sixes in today’s clash with Afghanistan.