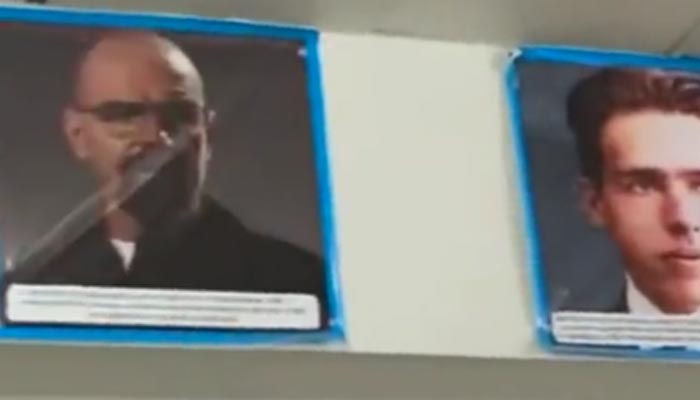 
A school in India’s Punjab has made headlines after a video of its hallway went viral, showing a picture of Breaking Bad‘s actor Bryan Cranston along with other scientists.

The video shows several pictures of renowned scientists hanging on the wall, including Albert Einstein and Nikola Tesla.

However, instead of Werner Heisenberg’s picture — who is the discoverer of the Uncertainty Principal — a picture of Bryan Cranston could be seen on the wall.

Cranston is known as Walter White and Heisenberg in the show.

“Breaking Bad’s Bryan Cranston mistaken for Werner Heisenberg, the scientist who discovered the uncertainty principle. These images seem to have been distributed to many schools in India. There was one from AP earlier and this one is apparently from Punjab,” said the caption of the video.

The video has garnered over 1.3 million views and received several reactions.

People were concerned about the quality of education after they saw the video. Take a look at what people have to say: