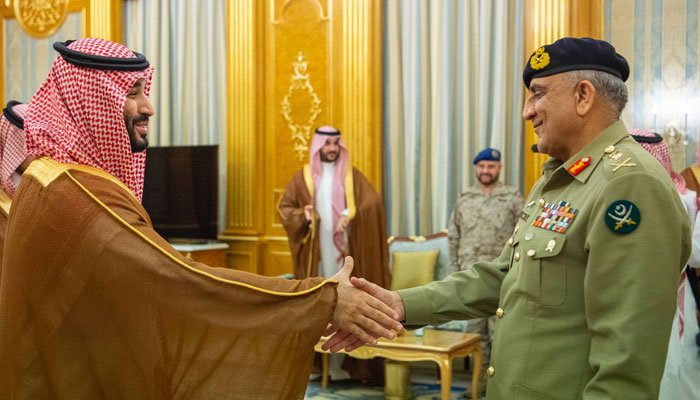 The army chief is currently on a visit to the Kingdom of Saudi Arabia, where he was received by Prince Mohammed bin Salman, the Saudi deputy prime minister and minister of defence.

During a meeting, the two sides reviewed bilateral relations — especially in the field of military with opportunities for development and a number of issues of common interest.

The meeting was attended by Saudi Deputy Minister of Defence Prince Khalid bin Salman bin Abdulaziz, Chief of General Staff Lieutenant-General Fayyad Al-Ruwaili and a number of senior officials both from Pakistan and Saudi Arabia.