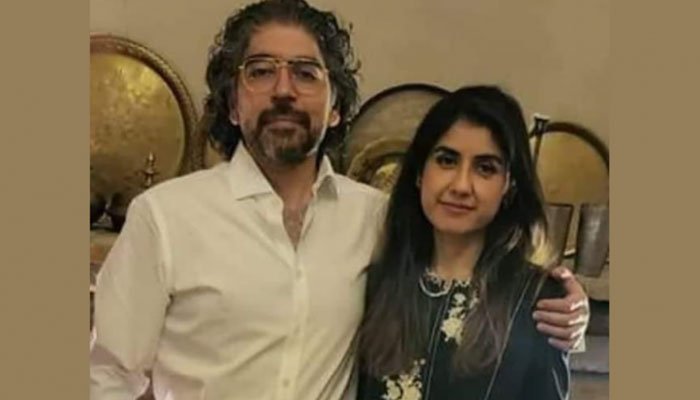 Sara Inam to be laid to rest today after Zuhr prayers


Pakistani expat and senior journalist Ayaz Amir’s daughter-in-law Sarah Inam — who  had allegedly been killed by her husband Shahnawaz Amir — will be laid to rest today (Wednesday) after Zuhr prayers.

Shahnawaz allegedly killed Sarah at home — a farmhouse in Islamabad’s Chak Shahzad area — after a row over a “family issue”. After being detained by the police as the prime suspect in the murder — he confessed to killing Sarah, saying he “thought” his spouse was having an affair.

Sarah’s body has been kept at the Pakistan Institute of Medical Sciences (PIMS) hospital, Islamabad, for six days, since it was taken into police custody for an autopsy. Her brother and cousin will reportedly take the body to Shehzad Town for the funeral.

Meanwhile, Sarah’s family visited the Polyclinic Hospital in the federal capital for legal formalities. Her parents arrived in Pakistan from Canada two days after her murder, to claim the body and perform the last rites of their daughter.

Who was Sarah Inam?

Sarah Inam, 37, was a Canadian national and a successful economist who worked with Deloitte and USAID at different points of her career. She was married to Shahnawaz for just three months before being murdered.

She had a masters degree from the University of Waterloo and was currently employed in the government sector in the United Arab Emirates, as per friends and family.

Sarah is survived by her father, mother and two elder brothers.

After the incident on September 23, Shahnawaz was detained by the police from a farmhouse in Islamabad’s Chak Shahzad area for being a suspect in his wife’s murder and later confessed to killing her, saying he “thought” his spouse was having an affair. The couple was married for just three months.

Next day, a trial court approved the arrest warrants of Ayaz Amir and his former wife Sameena Shah, as the two were nominated as suspects by Sarah’s family. Amir was arrested while his former wife later acquired pre-arrest bail.

In the police report registered following the murder, an additional clause of Section 109 (punishment for abetment) of the Pakistan Penal Code was added at the request of Sarah’s uncles — Colonel (retd) Ikram and Zia-ur-Rahim — who have blamed Ayaz Amir and his former wife for their niece’s murder.

The petitioners maintained that Sameena was living at the farmhouse where Sarah was murdered.

However, during a hearing on September 27, an Islamabad court discharged Ayaz Amir from the case citing “no evidence” against him in Sarah’s murder.