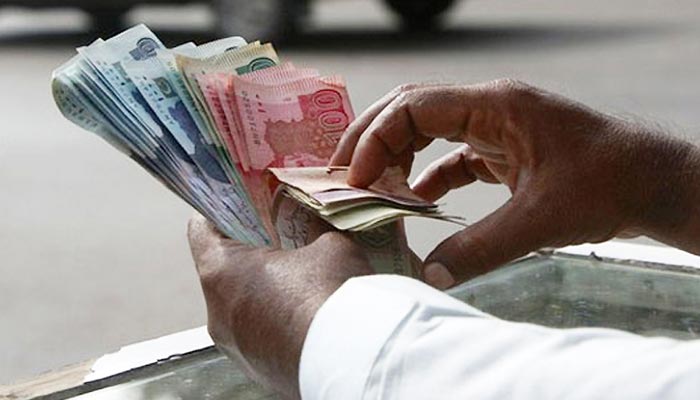 KARACHI: Pakistani rupee recovered on Tuesday after Finance Minister Miftah Ismail announced that the Government of Pakistan has received the Memorandum of Economic and Financial Policies (MEFP) from the International Monetary Fund (IMF) for the seventh and eighth reviews.

Investors cheered this critical development, which signals that the two sides have almost reached an agreement. The draft MEFP is a prerequisite to paving the way toward striking a staff-level agreement.

According to the State Bank of Pakistan (SBP), the local currency gained Rs1.07, or 0.52%, to close at Rs206.87 against the US dollar in the interbank market.

A day earlier, the Ministry of Economic Affairs announced that the Government of Pakistan also signed an agreement with the French Republic under the G20 Debt Service Suspension Initiative (DSSI).

According to a statement released in this regard, the ministry stated that the government signed a DSSI, amounting to the suspension of loans worth $107 million under the G20 DSSI framework.

Analysts expect that the revival of the IMF programme would have a positive impact on the rupee, which remained a victim of negative sentiments after the international lender remained reluctant to revive the programme on the violation of agreed conditions by the country.

Pakistan is facing a financial crisis with reserves depleting fast amid the stalled $6 billion IMF programme.