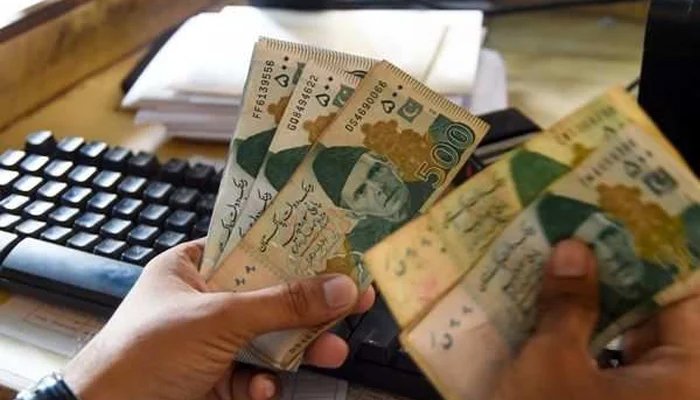 KARACHI: The rupee continued to slide  in the foreign exchange market, dropping by Rs1.64 against the US dollar to hit Rs205.50 during   early morning trading on Tuesday.

According to the State Bank of Pakistan (SBP), the currency had closed at an all-time low of Rs203.86 per dollar on Monday.

The local currency dipped to an all-time low against the greenback owing to a delay in the revival of the International Monetary Fund’s (IMF) $6 billion loan programme.

However, $2.4 billion in financial assistance from China coupled with the constant assurances by Finance Minister Miftah Ismail regarding economic stability slightly arrested the rupee’s slide.

Today’s rupee decline was in line with the expectations of the market, with dealers anticipating the domestic currency to fall further in case Pakistan fails to convince the IMF about its budget proposals.

A day earlier, the Fund had said that additional measures will be needed to bring Pakistan’s budget for the next fiscal year 2022-23 in line with the key objectives of its IMF programme.

Pakistan had unveiled an Rs9.5 trillion Pakistani ($47 billion) budget for 2022-23 on Friday aimed at tight fiscal consolidation in a bid to convince the IMF to restart much-needed bailout payments.

Speaking to The News, Arif Habib Limited Head of Research Tahir Abbas recalled that the finance minister, in the post-budget press conference on Saturday, said that the IMF had expressed concerns about the budget numbers, including fuel subsidies, a widening current account deficit, and the need to raise more direct taxes.

The analyst said: “Uncertainty in the market has begun since then.” He further identified quarter-end import payment pressure as another key factor behind this decline.

Abbas predicted that the local currency will stay volatile during the last month of the outgoing fiscal year 2021-22 — June.