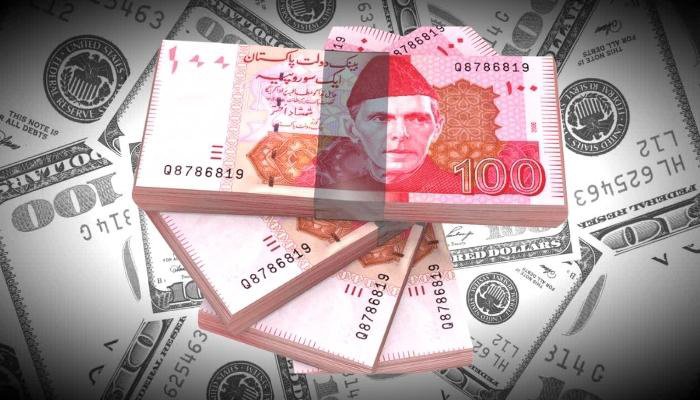 
KARACHI: The Pakistani rupee’s downfall against the US dollar continued for the fifth consecutive session on Thursday with the greenback’s global strengthen and local factors contributing to the depreciation.

The local unit was changing hands at 225.19 after losing 1.69 in the interbank market during the intraday trade, down in value from the previous session’s close of 223.42.

The rupee has cumulatively lost around 6.6 against the dollar since this week’s trade began and is seemingly on the same pattern that was witnessed two months back — when the local unit hit 239.37 on July 28.

Traders and dealers had expected the rupee to trade within a range of 218-19 in the coming days but the situation has quickly changed as floods have overshadowed the International Monetary Fund’s (IMF) loan disbursement.

Initial estimates suggest that Pakistan suffered a massive economic loss in the range of $10 to $12.5 billion as a result of the devastating floods — and the government also plans to cut the Public Sector Development Program (PSDP) by billions.

The local unit largely remained stable last week as the market sighed in relief when a $1.16 billion loan tranche arrived after IMF revived a bailout package for a cash-strapped country.

Talking to Geo.tv, Economist and former adviser to the federal ministry of finance Dr Khaqan Hassan Najeeb said that it was comforting for the markets to see that Pakistan had resumed its programme with the IMF after completing the seventh and eighth reviews.

However, he noted that the economy has suffered from the worst flood in decades, forcing the government to halve the growth and bring it down to 2.3%.

Apart from that, Najeeb said that political uncertainty, loss of confidence, higher forex needs (due to flood requirements, a backlog of letters of credit payments, and higher Afghan trade), and slower inflows are all contributing to the weakness of the rupee.

The economist also noted that a gap of around Rs10 between the open market and interbank needs more orderly movement so that remittances don’t flow through informal channels.

The dollar also hovered near a two-decade high hit in the previous session as investors looked for fresh insight on the global monetary tightening path from a European Central Bank rate decision and comments from the head of the Federal Reserve.

Money markets lay 79% odds that the Fed will hike by another 75 basis points at this month’s meeting, which would increase the fed funds rate from 3.0% to 3.25%.