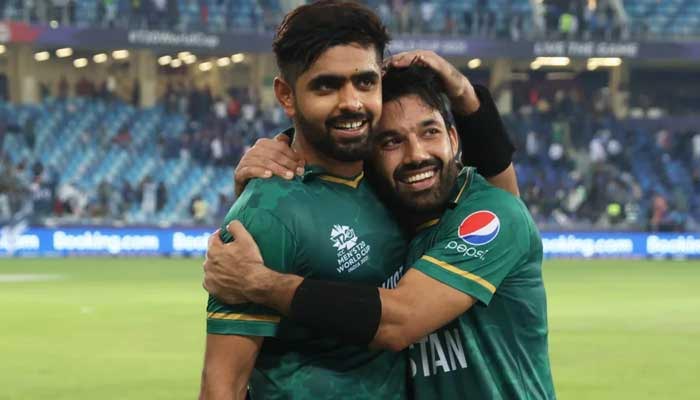 Rizwan finally broke his captain’s over 1,000-day streak of staying at the top of the T20I ranking when he dethroned him on Wednesday.

In the latest rankings released on the ICC’s website, Rizwan has gained 815 points, up 19 points, after his undeterred performance in the ongoing Asia Cup in the United Arab Emirates.

Reacting to his achievement, the new ICC number one T20I batter said that this should be counted as 1,156th day of the reign of kaptaan Babar Azam. “Kaptaan or me alag nahi hain [Captain and I are not different from each other]. King remains the king. Hum sab aik hain [We are united],” Rizwan wrote on Twitter.

He also thanked his fans for their support, prayers, and love. Rizwan continued his superb form in the shorter format and scored back-to-back fifties in the ongoing T20 Asia Cup 2022.

The right-handed batter scored the highest 192 runs so far in the Asian event including two half-centuries.

With this consistent performance, Rizwan’s rating boosted to 815 which helped him surpass Babar to become the number one T20I batter.