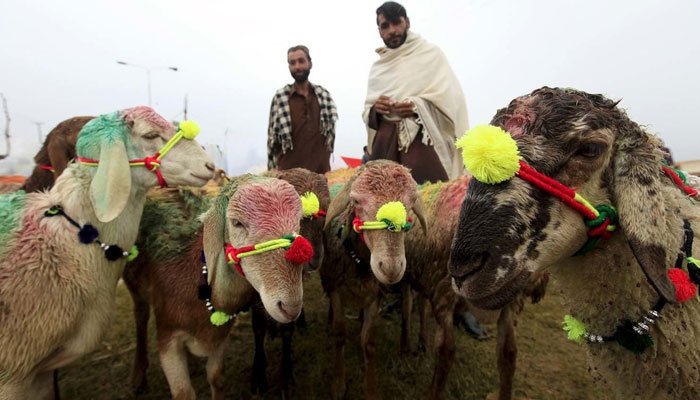 Customers at a market in Pakistan said on Friday, July 1, that they were struggling to buy sacrificial cattle for the upcoming Eidul Adha festival amid skyrocketing prices after the country’s inflation rate hit a 13-year high.

“Last year, I made a deal in just one hour. Today, I have been wandering here since the morning and haven’t bought an animal, because in the price range I had last year, the traders are only offering small cattle,” said a customer, Abdul Qayyum, at the sprawling market in Karachi filled with livestock.

Fuel prices have risen about 90% since end-May, after the government scrapped costly fuel subsidies in a bid to cut its surging fiscal deficit and secure a resumption of an International Monetary Fund bailout program.

Muslims in Pakistan will celebrate Eidul Adha, one of the two most important festivals of the Islamic calendar, on July 10 according to local media. Animals such as cows, goats and camels are slaughtered to commemorate a sacrifice by the Prophet Ibrahim (AS) on God’s command.