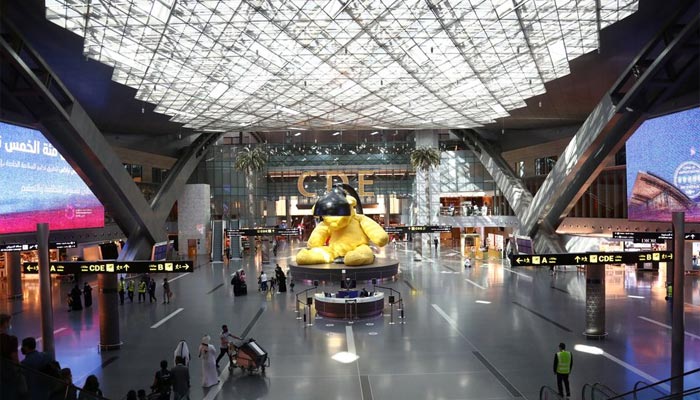 
DOHA: Qatar will reopen the mothballed Doha International Airport next week, airlines said Wednesday, ahead of the 2022 World Cup that is expected to draw more than a million visitors.

The Doha airport has been in semi-retirement since it was replaced in 2014 by the nearby Hamad International Airport, which has since become a major hub in parallel with the growth of flag carrier Qatar Airways.

Qatari authorities did not comment on the move from Hamad back to Doha airport, but Kuwait’s Jazeera Airways, the UAE’s flydubai, Oman’s SalamAir and Turkey’s Pegasus Airlines have begun selling tickets to Doha airport from September 15.

It is currently mainly being used for flights by Qatar’s royal family and VIPs along with its air force.

Hamad International Airport was used by three million passengers in June alone and 8.42 million in the second quarter of 2022, a figure which the civil aviation authority said was 18% higher than the first three months of the year.

It is also undergoing an expansion that will see its capacity increase to 58 million passengers a year.

But with 150,000 people a day expected to arrive during the peak days of the World Cup, which starts November 20 and will last four weeks, some aviation analysts have said Hamad airport might struggle to cope.

Low-cost carrier Jazeera Airways said on its website that from next Thursday “all of our regular Doha flights will be temporarily moved to Doha International Airport”.

In a message to passengers, the airline said the change was “following the instructions of Qatar Civil Aviation Authority” and would last until December 30.

During the tournament, only fans with tickets will be allowed into the tiny Gulf state.

Organisers announced earlier this year that several Gulf airlines — from Dubai, Oman, Kuwait and Saudi Arabia — would run more than 100 daily shuttles into Doha airport during the tournament.

Passengers on those flights will go through immigration checks on departure to reduce delays in Doha. They will be asked to return the same day after watching their match.