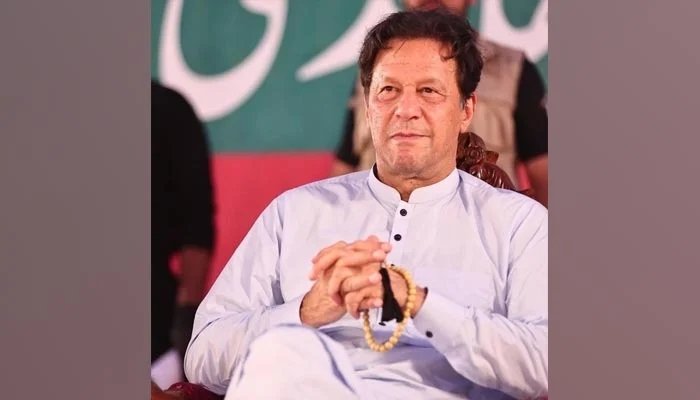 JHANG: PTI’s fight is against the Sharif family, dissident party members, and the Election Commission of Pakistan (ECP) in the upcoming by-polls in Punjab, said party Chairman  Imran  Khan on Wednesday.

His comments came during a jalsa in Jhang ahead of the by-polls on July 17, during which he alleged that Chief Election Commissioner Sikandar Sultan Raja meets PML-N Vice President Maryam Nawaz and Cheif Minister Punjab Hamza Shahbaz.

The former premier said that the elections on Sunday will decide the future of Pakistan, adding that the PTI will have to win the elections to save the country from “looters and America’s slaves”.

“Our party is thinking about how to save the elections from getting rigged and preparing the polling agents to stop the rigging,” said the PTI chairman, adding that they [PML-N] bribes the agents at the women’s polling stations.

The PTI leader further said that his party tried to bring electronic voting machines (EVMs) for transparent elections but they could not be implemented.

A day prior, Khan said that the coalition parties had not come into power to reduce inflation but to abolish the corruption cases registered against them.

He declared the upcoming by-elections in the province a “fight for real independence”, urging the masses to support him against the “turncoats and thieves”.

It is a “jihad” against the thieves imposed on the nation under the US regime-change conspiracy, he added.