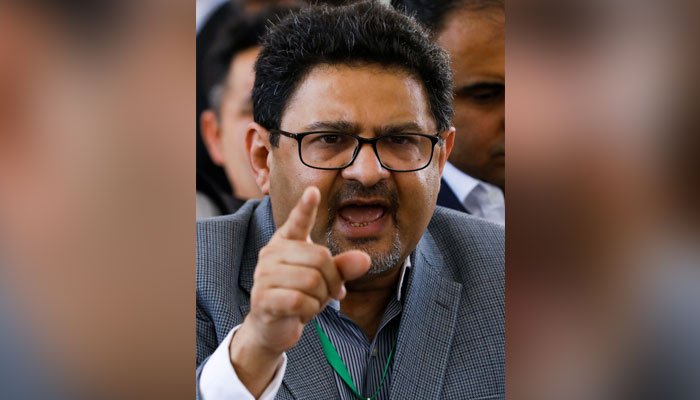 ‘Priority’ to save Pakistan from default: finance minister

ISLAMABAD: Finance Minister Miftah Ismail said Tuesday it was the coalition government’s “priority” to save Pakistan from defaulting after the rupee hit an all-time high against the dollar and the stocks took a battering during the day’s trade.

Analysts said that the political uncertainty arising after the Punjab by-polls, the International Monetary Fund’s (IMF) delay, and the shirking forex reserves have had adverse impacts on the market.

The finance minister, during an interview on Geo News programme “Aaj Shahzeb Khanzada Kay Saath,” also voiced the same concerns, saying that the rupee’s depreciation is not currently linked to supply and demand.

He added the rupee was continuously falling due to political instability, gambling, and speculations. But at the same time, added said that the danger of default was not looming over Pakistan.

The finance minister credited the coalition government’s tough decisions for avoiding default — raising petroleum products’ prices, and power and gas tariffs, among other fiscal measures — that also paved the way for the crucial staff-level agreement with the IMF.

In a bid to secure the IMF loan, Prime Minister Shehbaz Shehbaz imposed three fuel price hikes — cumulatively totalling 50% — and raised the cost of electricity to effectively end the subsidies introduced by Khan.

But recently, after the IMF deal was secured, the government decreased the price of petrol by Rs18.50 per litre and diesel by Rs40.50 per litre.

Miftah said if the government gets fiscal space, it will reduce the price of petrol further.

Moving on, the finance minister assured that the government was targeting to overcome a major hurdle of the current account deficit and reduce it, while at the same time, increasing exports so that the pressure on the economy subsidies.

He said that if the current government continues its tenure, it would be a good sign for Pakistan as it will bring stability.

Miftah added that despite instability, the economy’s roots had “strengthened” over the last four months.

The finance minister also noted that it was crucial for the government to take unpopular measures, but that also resulted in political setbacks — as the PML-N just lost Punjab to PTI in the by-elections.

“But if need be, we will take more tough decisions,” he said.

Miftah said that the loan from IMF would soon be received and following that, friendly countries would also lend a hand to Pakistan.