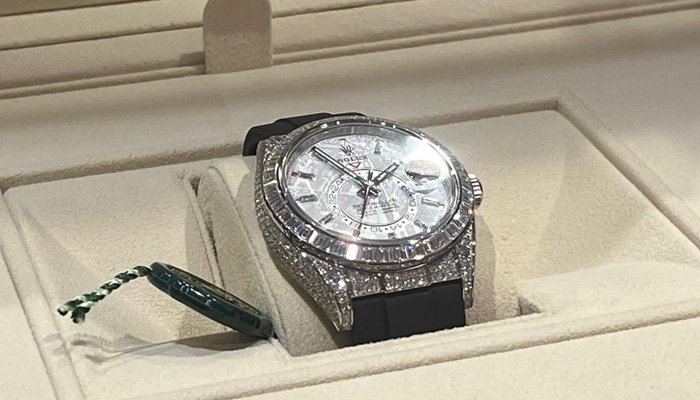 
ISLAMABAD: Prime Minister Shehbaz Sharif has deposited all the gifts that he has received from foreign leaders permanently into the Toshakhana.

The gifts cost Rs270 million, an official statement read. It added that the gifts would also be on display for the general public as this, according to Prime Minister Shehbaz Sharif, will lead to the people knowing about friendly countries’ relations with Pakistan.

People will be able to view these gifts at the Prime Minister’s Office, where a specific area has been designated for them, the statement said.

The statement added that the prime minister received the gifts from the Gulf States, which included two watches laced with diamonds — one costing Rs100 million and the other Rs170 million.

Another audio featuring Maryam Nawaz will be leaked: Imran Khan