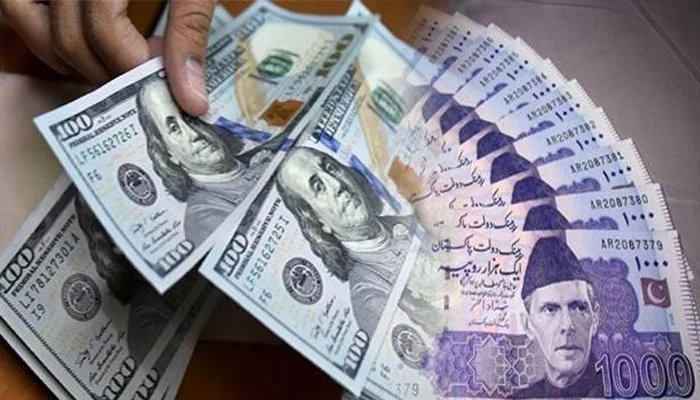 The Pakistani rupee saw modest recovery against the dollar in the morning hours on Thursday in response to the news of a staff-level agreement being reached with the International Monetary Fund (IMF).

The greenback shed 85 paisas in the interbank market to stand at Rs209.25.

According to State Bank of Pakistan (SBP), the local currency closed at 210.10 on Wednesday, having depreciated by 1.04%.

Pakistan-Kuwait Investment Company Head of Research Samiullah Tariq told Geo.tv that with the announcement of staff level agreement, “the sentiment in the currency market has improved as refinancing risk has significantly reduced”.

The IMF has reached a staff-level agreement with Pakistan, which is “something big”, and in the coming days, it will boost Islamabad’s forex reserves, Alpha Beta Core chief executive Khurram Schehzad told Geo.tv.

Schehzad said that once Pakistan gets the loan from the Fund, it will pave the way for donations from friendly countries like Saudi Arabia and others.

He added that in light of the developments, Saudia Arabia might give Pakistan oil on deferred payments, which will, in turn, help the country boost its forex reserves.