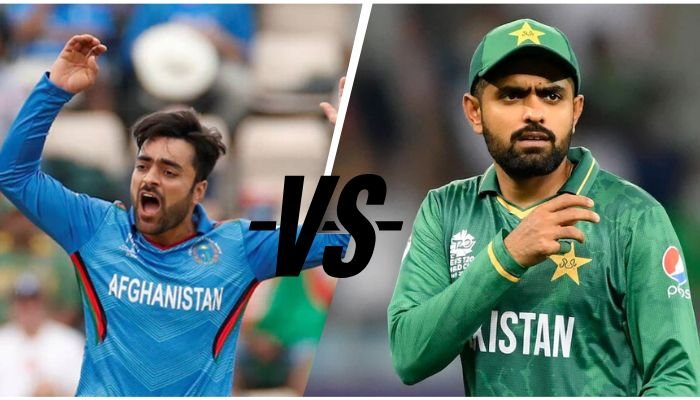 
Pakistan will be looking to maintain its winning streak against the talented Afghanistan team in the Asia Cup Super 4 match between the two teams today (Wednesday) at the Sharjah Stadium in UAE.

The two sides have met twice in this format, with Pakistan winning both times.

On Sunday, the green shirts defeated India in a thriller to kick off their Super 4 campaign on a high note. Pakistan will be one of the favourites for the final after defeating Afghanistan on Wednesday.

Afghanistan entered the competition after defeating Sri Lanka in the group stage. They will now face Pakistan in what promises to be another thrilling match.

“Afghanistan are a good side and they have shown that from time to time, but we are confident to get a hat-trick of victories on Wednesday,” Pakistan team head coach Saqlain Mushtaq said.

“The conditions in Sharjah will be suitable for spinners, but if a batter spends enough time in the middle, there will be a lot of runs on offer in the latter part of the innings with shorter boundaries.”

Pakistan captain Babar Azam has already declared that his team will have to make shared efforts to win the trophy from here on. “Let me tell you, it is never a cakewalk in such a competition. You have to be at your best in each match to win it. We have to play our best cricket to beat Afghanistan in the next match,” Babar said in an interview ahead of Wednesday’s match.

Saqlain said that the winning start against India was an outcome of intelligent and smart tactical decisions, which were translated into winning performances by the batters, who, in the process, highlighted and underscored their batting depth, power and prowess.

“The strategic decision to promote left-hander Mohammad Nawaz to number four to counter India’s leg-spinners Yuzvendra Chahal and Ravi Bishnoi, and make the most of the shorter boundary on one side of the ground, fully paid off. The five-wicket win also brought to the fore the courage and determination of the team as Mohammad Rizwan, Pakistan’s most successful batter since the start of 2021 and the tournament’s highest run-getter, braved a knee injury in the first innings to post the highest score of the match.”

“The win against India has certainly lifted the morale of the team and brought to light the depth of our batting unit,” head coach Saqlain Mushtaq said.

“T20 cricket is all about tactful maneuvering and we have the requisite individuals to make this happen at any phase of the innings. Mohammad Nawaz is a utility player and we all knew he had what it takes to deliver in pressure situations. But it is just extraordinary how this youngster went in and took the game away from India in a matter of a few overs.”

“What Shadab Khan and Nawaz did for us in the middle overs was absolute gold,” continued Saqlain, adding “They put on the shackles and got us wickets regularly which had a huge impact on the total. It was because of these middle overs that we were able to restrict India to 181-7.

“Haris Rauf bowled with exceptional skill in the last over, denying a batter of Virat Kohli’s calibre any room and keeping him glued to his crease with immaculate yorkers.

“If you see, we now have a well-rounded bowling attack: Naseem Shah and Shahnawaz Dahani are brilliant with the new ball, our spinners are a threat to any side in the middle overs and Haris Rauf is a class act in the death. Add Shaheen Afridi to the equation and we have a bowling line-up, which will send chills down the spine of any batter in the opposition camp.” Mohammad Rizwan stayed out of training session at the Dubai Academy but will be available for selection on Wednesday against Afghanistan. “He has been given much-deserved rest ahead of the match against Afghanistan.”