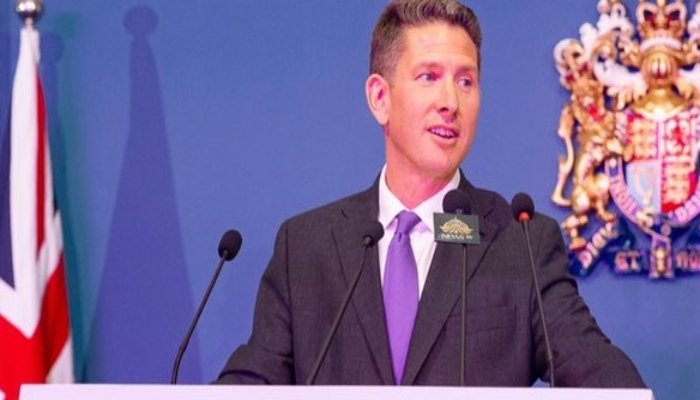 Pak-UK trade volume to be doubled by 2025: High Commissioner

ISLAMABAD: British High Commissioner to Pakistan Dr Christian Turner has said that bilateral trade with Pakistan would be doubled by the next year 2025 and in this regard, a consensus between the two governments was in the making.

The United Kingdom (UK) is Pakistan’s third-largest global trade partner, with Pakistan’s exports reaching $2.1billion at the end of last fiscal year, Turner said while talking to APP at the birthday ceremony of Queen Elizabeth-II here on Sunday.

The British high commissioner said that Pakistan was an important economic and trading partner of the UK and both the countries had a decades-long relationship.

He said that the UK Embassy in Islamabad was always facilitating visas and other immigration issues and, last year, the UK issued a record number of visas to Pakistanis.

He said that the visa process was being made easier for the business community and people, which would enhance bilateral economic ties and people-to-people contacts.

Dr Turner said that the 1.6 million Pakistani expatriates living in the UK were a major source of strengthening relationships between the people of both countries. “Pakistanis living in the UK are playing a vital role in the economic, trade, diplomatic and social activities of the two countries,” he said.

The high commissioner said that around 100,000 British citizens were living in Pakistan, belonging to different sectors, including trade. He said that the United Kingdom would extend full cooperation to Pakistan in education and other fields with regard to the youth.

The high commissioner further said that the educated and skilled youth would play a dynamic role in the economic development of Pakistan and strengthen Pakistan-UK relations.

Dr Turner added that the relations between Pakistan and the United Kingdom had become enthusiastic with historical and cultural ties, which were getting stronger day by day.