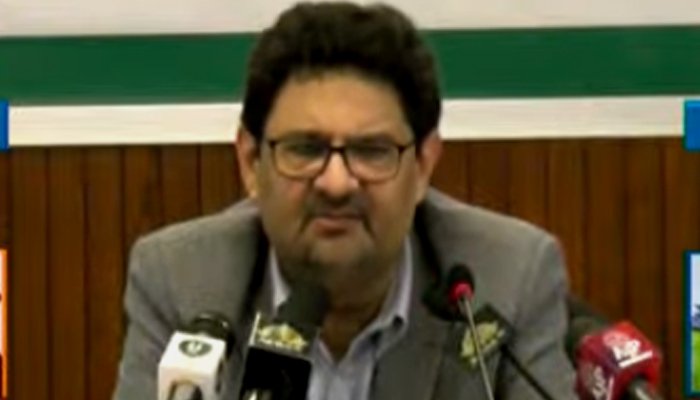 Our target is to provide relief to the poor, says Miftah Ismail

ISLAMABAD: Finance Minister Miftah Ismail on Saturday said that the country was going through a critical period and asked everyone to help them steer Pakistan out of the crisis it is in.

Addressing a post-budget press conference, Ismail thanked his team for the great work they have done in helping them in formulating the Budget 2022-23, adding the government’s target is fiscal consolidation and provision of relief to the masses.

He maintained they presented the budget when the country was going through a difficult time. He criticised the former government for not taking steps to resolve the issues.

The finance minister said they had no other option but to take tough decisions.

During the current fiscal year, the finance minister said the government gave over Rs1100 billion subsidy to the power sector. He maintained that they have to pay Rs500bn for the losses incurred by the power companies.

“It means the government of Pakistan is giving Rs16 per unit subsidy,” he added.

“We are generating Rs30-35 per unit of electricity,” he said and claimed that they have the most efficient power generation plants in the world.

Bad administration, flaws in the system for fixing the rate, transmission and distribution losses and other issues were major reasons behind the high power generation rate, he added.

Rs400bn subsidy given to gas sector

The finance minister said that Rs400bn subsidy was given to the gas sector. He maintained that they would not let any factory be closed as they provide jobs to the people.

The government is facing losses in the gas sector, he said, adding that it is not known whether the gas is being stolen or it is evaporating.

‘No option left other than tough decisions’

The finance minister said that Pakistan is a nuclear power and they have to put the country’s economy on the right track. In violation of the agreements signed with the IMF, the previous government gave subsidies on fuel.

He maintained that PM Shahbaz Sharif took difficult decisions for the sake of the country. Now, the country has left no option other than tough decisions,

Highlighting another “significant” development announced in the Finance Bill 2023, Ismail said they have introduced a new dispute resolution mechanism to solve cases involving the Federal Board of Revenue (FBR).

“Earlier, the FBR officials were empowered to decide who would head the Alternative Dispute Resolution Committees (ADRCs) but It has been changed now.”

“The decision will be based on the majority,” he said, adding that it would help address the concerns raised by the business community.

Speaking on the occasion State Minister for Finance Ayesha Ghous Pasha said, the government’s philosophy was to ensure that the common is not affected by the tough measures that were necessary to stabilise the economy.

Pasha said they are providing a social safety net to provide relief to the masses and that’s why the allocations have been increased in initiatives like Benazir Income Support Programme (BISP).